Glyphosate is the world’s most commonly used herbicide, owing to its high efficacy, broad spectrum, and systemic mode of action. Most plant species cannot significantly metabolize glyphosate, which is a major factor contributing to its lethality in plants. However, the 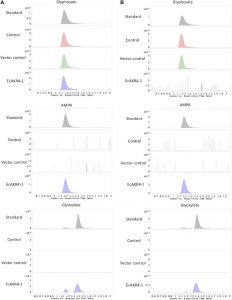