In yeast and animals, TOR is a component of a multiprotein complex known as TOR complex 1 (TORC1) that initiates a phosphorylation cascade that stimulates growth. The binding of LST8, a TORC1 component, to the kinase domain of TOR is required for full kinase activity. Plant TORC1 is activated by nutrient availability, light, and phytohormones, and it induces mRNAs and proteins involved in cell division and synthesis of starch and lipids. Both TOR and LST8 homologs are present in Chlamydomonas reinhardtii (reviewed in Pérez-Pérez et al., 2017), an excellent model system for nutritional studies. Couso et al. (2020) used a library of Chlamydomonas insertional mutants to isolate lst8-1, which has an insertion in the 3′ untranslated region of LST8. They show that lst8-1 is defective in TORC1 signaling and dissect the role of P starvation in the TOR signaling pathway.

The authors developed an assay to monitor TOR’s kinase activity and showed that, in P-replete conditions, lst8-1 cells showed reduced phosphorylation of a conserved Ser residue (Ser-245) in RPS6, a downstream target of TORC1 whose phosphorylation is blocked by rapamycin. Expression of LST8 rescued this defect, with no change in the level of TOR. They then investigated the role of LST8 in P-regulated TORC1 signaling by using the psr1 mutant, which is defective in PSR1, a Myb transcription factor that regulates P responses by upregulating genes such as phosphate transporters. As in lst8-1, the onset of autophagy in psr1 was earlier than in WT, and there was a surprising change in phosphorylation of Ser-245 in psr1.

The authors conclude with a model showing how, when P is plentiful, TOR stimulates translation and inhibits autophagy. P limitation sensed by LST8 activates PSR1, which is required to maintain P homeostasis. A deficiency in cellular P reduces the level of LST8 and downregulates TORC1, repressing protein synthesis, increasing autophagy, and suppressing cell growth. 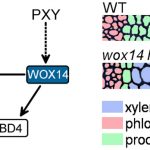 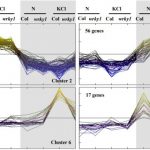