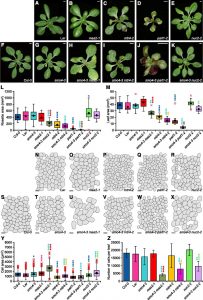 The structure and biogenesis of the eukaryotic 80S ribosome are similar in all eukaryotes, as are the ribosomal RNAs (rRNAs) and ribosomal proteins involved in these processes. The biogenesis of the 80S ribosome in eukaryotes is best characterized in the yeast Saccharomyces cerevisiae. Indeed, the individual functions of many plant and animal ribosome biogenesis factors and their interactions have been inferred based on their homology with putative yeast orthologs. The exosome, an evolutionarily conserved complex in eukaryotes, has 3’ to 5’ exoribonuclease activity, which is required for the metabolism of many RNA species, such as mRNAs, rRNAs, small nucleolar RNAs, and small nuclear RNAs. The exosome facilitates the degradation, surveillance, precursor processing, and degradation of processing by-products of these RNA species. In yeast, Nucleolar protein53 (Nop53) acts as an adaptor protein that targets the mRNA transport4 (Mtr4) ATP-dependent RNA helicase  to pre-ribosomal particles for exosome processing of the 3’ end of the 7S pre-rRNA, a 5.8S rRNA precursor. The Arabidopsis ortholog of yeast Nop53 is encoded by a gene previously named SMALL ORGAN4 (SMO4).  Micol-Ponce et al. (10.1104/pp.19.01540) now characterize SMO4 in Arabidopsis. Loss of function of SMO4 results in a mild morphological phenotype; however, the smo4 mutants exhibit strong cytological and molecular phenotypes: nucleolar hypertrophy and disorganization, overaccumulation of 5.8S and 18S rRNA precursors, and an imbalanced 40S:60S ribosome subunit ratio. Like yeast Nop53, Arabidopsis SMO4 participates in 5.8S rRNA maturation, although minor differences are noted.

On the Inside: The Origins of Euglena gracilis’s Middle Plastid Envelope ... 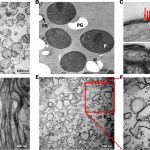 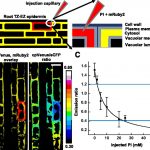 On the Inside: Spatial Dynamics of Pi Distribution in Roots
Plant Science Research Weekly Signup