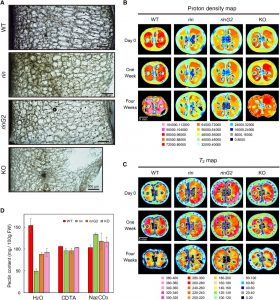 changes in gene expression patterns. RIPENING INHIBITOR (RIN) is a transcription factor that plays a major role in regulating fruit ripening in tomato (Solanum lycopersicum). The rin mutant has received substantial attention because it shows a distinct non-ripening phenotype and has been commercially used for breeding cultivars with an extended shelf life. The rin mutant fruits never turn red and do not soften, a phenotype that lasts for several months or longer. Several recent findings have revealed that the role of RIN is more complex than originally imagined. Contrary to earlier views, RIN is indispensable for full ripening but not for the induction of ripening. Moreover, the rin mutation is not a null mutation but instead converts the encoded transcriptional activator into a repressor.  Ito et al. (10.1104/pp.20.00020) have revealed new aspects of RIN function by characterizing a series of allelic mutations within this locus that were produced by CRISPR/Cas9. Unlike the non-ripening phenotype of the original rin mutant allele, two genome-edited alleles of the RIN locus, a knockout (KO) allele and an allele that removes the C-terminal domain from the encoded protein (rinG2), showed small increases in lycopene accumulation. However, the alleles showed opposite effects with respect to flesh softening, with the KO allele exhibiting aberrant softening in excess of that observed in the wild type and the allele without the C-terminal domain (i.e. rinG2) exhibiting extended shelf life equivalent to that of the rin mutant. Based on these results, the authors propose a model that accounts for its diverse modes of transcriptional regulation during tomato ripening. 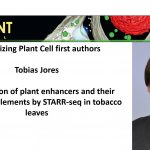 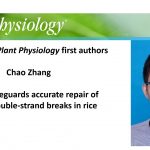