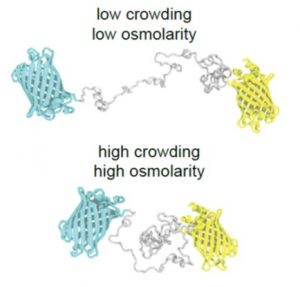 The osmotic state of a cell is affected by internal (metabolite content) and external (water availability) factors. Recent work by Cuevas-Velazquez and colleagues describes the design of a FRET-based biosensor that allows dynamic monitoring of osmotic stress in living cells. They exploited features of AtLEA4-5, an intrinsically disordered protein (IDP) from Arabidopsis. AtLEA4-5 is highly sensitive to the cell’s osmotic state: it is less compact when the osmolarity is low, and highly compact when osmolarity increases; with greater compaction, energy is transferred between fluorescent proteins at either end of the sensor. In this study, AtLEA4-5 was fused to a pair of donor/acceptor fluorescent proteins to generate SED1 (SENSOR EXPRESSING DISORDERED PROTEIN 1; sed means thirst in Spanish). When tested in yeast, the FRET ratio (acceptor to donor emission; DxAm/DxDm) correlates with osmotic stress in a non-osmolyte-specific manner. The authors characterized the sensor in yeast by  monitoring the cells’ recovery and some responses to this stress. SED1 can be used in organisms such as Escherichia coli, Nicotiana, and human cells. Further studies will focus on modifying the sensor to have broader use in plants. The authors expect the use of SED1 to reveal new fundamental aspects of the osmotic stress response, which would benefit our understanding of desiccation survival, salinity tolerance, and rehydration. (Summary by Humberto Herrera-Ubaldo @herrera_h) bioRxiv 10.1101/2021.02.17.431712 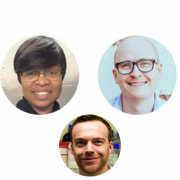 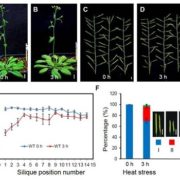 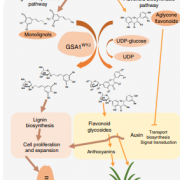 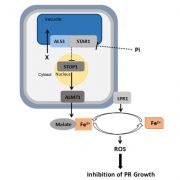 Evolution and ecology of seed internal morphology in relation to germination... 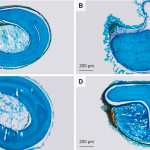 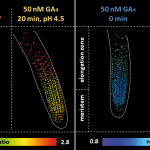