Pollen tubes are remarkable vehicles that deliver immobile sperm nuclei from the stigma to the ovule during angiosperm reproduction. Their journey delicately balances turgor pressure with the precise spatiotemporal regulation of polarized growth machinery to navigate pollen tubes and their cargo to the female gametophyte. To optimize genetic diversity, nearly half of all flowering plant species have developed a strategy known as self-incompatibility (SI) that selectively arrests growth of closely-related (incompatible) pollen tubes while allowing passage of unrelated (compatible) donors (Fujii et al., 2016). In this issue, Chen and colleagues (Chen et al., 2018) identify a protective mechanism that uses phosphatidic acid (PA) to delay the effects of SI cytotoxicity.

In addition, the authors discover a specific phospholipase D variant that dramatically elevates PA levels within minutes of SI elicitation. Whereas the rapid kinetics suggest that this PA spike could be a driver of cytotoxicity, an array of knockdown, pharmacological, and complementation experiments instead show that PA dampens the SI response. The protective properties of PA stem from its ability to stabilize the actin cytoskeleton from disassembly. One possibility is that PA directly inhibits S-RNase actin-severing activity, however the authors exclude this scenario with biochemical experiments. Thus, the precise mechanism by which PA initially protects pollen tubes from SI cytotoxicity remains an open question.

Importantly, these findings provide evidence for the “S-RNase threshold phenomenon” hypothesis which postulates that a sustained minimum level of S-RNase activity is necessary to fully activate the SI response (Soulard et al., 2014). Why is this protective mechanism necessary at all?  Perhaps PA tunes this threshold to prevent inadvertent SI induction in compatible pollen tubes, thereby offering an escape from programmed cell death. Whatever the reason, the findings in this report suggest that the SI system acts as a gatekeeper that makes more nuanced life-or-death decisions than previously appreciated. 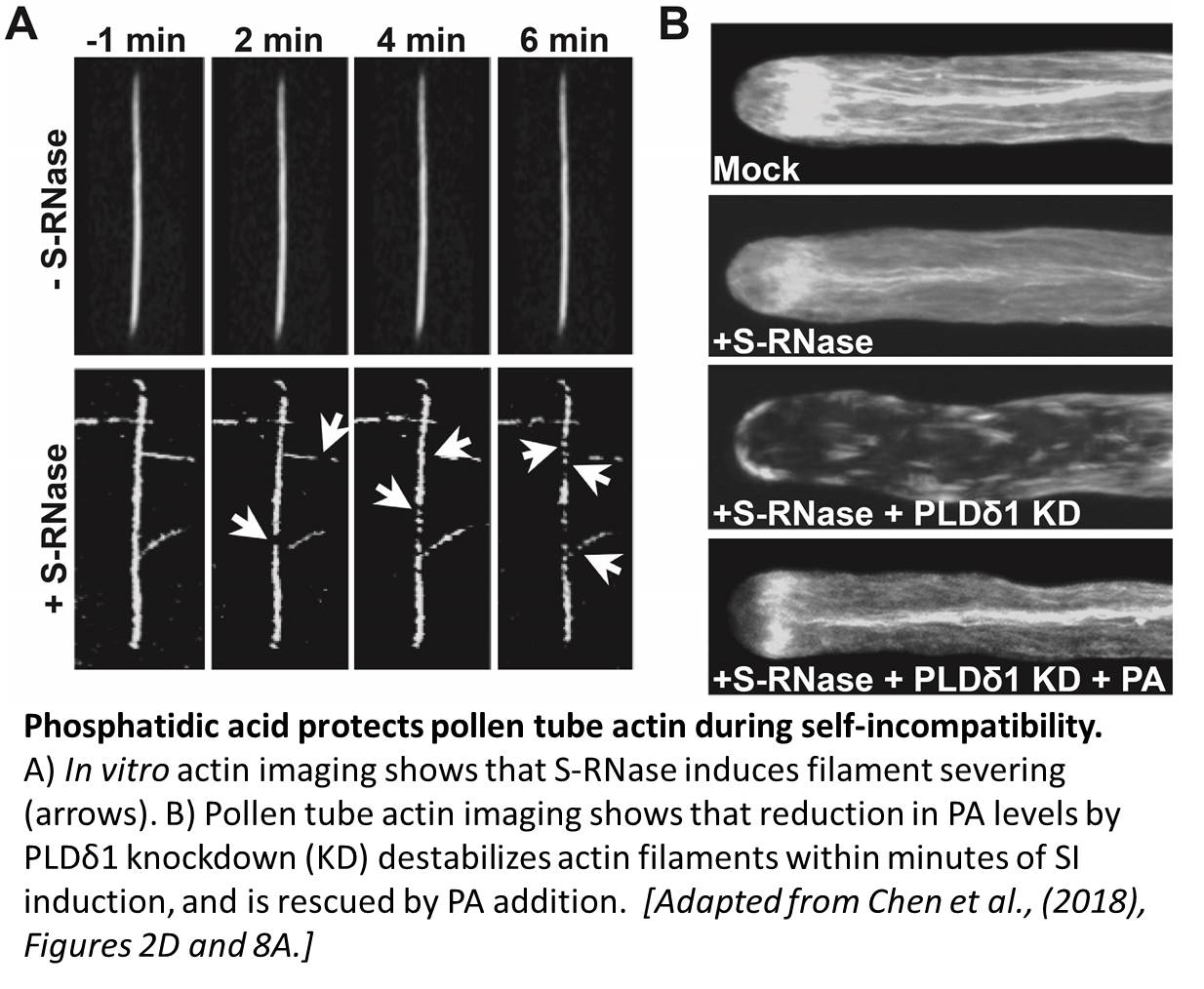 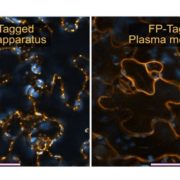 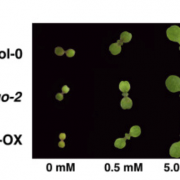 Improving on the Humble Spud
Scroll to top