Background: Chloroplasts are the site of photosynthesis, which provides the energy basis of life for most organisms on earth. Chloroplast development requires the concerted action of both organellar and nuclear encoded genes. Chlorophyll-deficient mutants have proven to be valuable genetic tools for dissecting the role of the underlying nuclear genes. Among such mutants the barley albostrians mutant, characterized by a green-white variegated (striped) phenotype, has been used over more than 50 years as a study material in diverse fields such as chloroplast biology, biochemistry, signal transduction and RNA biology. Deeper functional analyses, however, have been hampered due to the fact that the gene underlying the albostrians phenomenon was still unknown.

Questions: We initially wanted to know which nuclear gene is in control of the albostrians striped phenotype. Then, upon functional verification of an identified candidate gene we aimed to determine the subcellular localization of the ALBOSTRIANS protein towards further elucidation of its potential function.

Findings: We isolated the barley albostrians gene through a map-based cloning approach. The identity of HvCMF7 as the causal gene for the variegation phenotype was confirmed by characterization of multiple independently induced mutant alleles of HvCMF7, derived either by chemical (ethyl methanesulfonate, EMS)- or enzyme (Cas9)-mediated site-directed mutagenesis. HvCMF7 encodes a putative protein belonging to the CCT MOTIF FAMILY (CMF). The position-dependent severity of the phenotype in a series of HvCMF7 mutants implies a CCT-domain independent residual activity of the original mutant albostrians protein and suggests a threshold-dependent mechanism in albostrians-based variegation. HvCMF7 represents the first CMF family member shown to be targeted to plastids.

Next steps: Further work is ongoing to elucidate the molecular function of HvCMF7 and towards unveiling the molecular mechanism of albostrians variegation. Barley contains a highly conserved HvCMF7 ohnolog gene also. Our ongoing research is therefore addressing whether HvCMF7 and its paralogous gene are both involved in chloroplast development and if they share some redundant functionality. 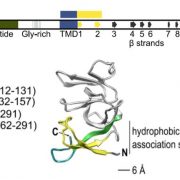 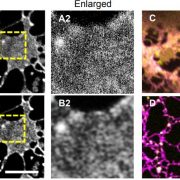 A Role for Autophagy in Plant Lipid Homeostasis 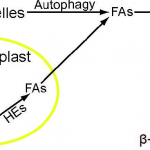 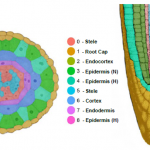