Findings: A total of 22,790 expressed genes including 1,415 transcription factors (TFs) were detected in early stages of maize seed development. In particular, 1,093 genes including 110 TFs were specifically expressed in the seed, most of which were newly identified in this study and displayed high temporal specificity by expressing only in particular period of early seed development. There were 160, 22, 112 and 569 seed-specific genes predominantly expressed in the first 16 hours after pollination, coenocyte formation, cellularization and differentiation stage, respectively. In addition, network analysis predicted 31,256 interactions among 1,317 TFs and 14,540 genes. The high-temporal-resolution transcriptome atlas reported here provides an important resource for future functional study to dissect the genetic control of seed development.

Next steps: We plan to select some key genes for CRISPR/Cas9-based gene editing to further explore their function in the genetic control of seed development. 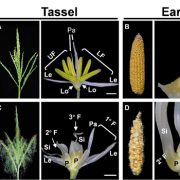 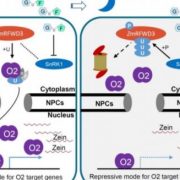 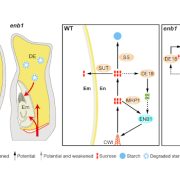 How does ENB1 contribute to formation of a persistent endosperm in maize? 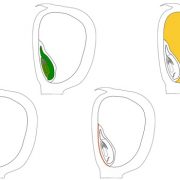 Family dynamics within the seed: Identification of new cell types in maize endosperm 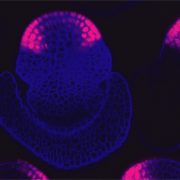 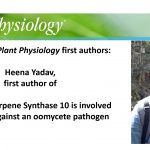