Gibberellin hormones were famously identified as the product of Gibberella fujikuroi, a fungal pathogen that stimulates host cell elongation, and then subsequently recognized as a hormone produced by plants as well. Fungi and plants produce gibberellins from distinct biochemical pathways, in an example of convergent evolution. Symbiotic rhizobacteria are known to produce gibberellins too. Nett et al. show that rhizobia use a distinct, independent set of enzymes for gibberellin biosynthesis, although with common intermediates to the plant pathway, reflecting “biochemical constraints that may have shaped GA production”. Nature Chem. Biol. 10.1038/nplants.2016.181 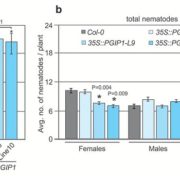 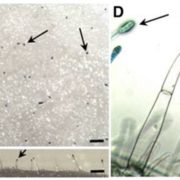 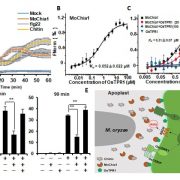