Cellulose, hemicellulose, and pectin are the brick and mortar of the plant kingdom, and how they are laid has substantial impacts on plant morphology.  Plant cell shape is dictated by the interplay between turgor pressure and heterogeneity in cell wall composition, whereby localized cell wall loosening or rigidifying causes enhanced or restricted cell expansion, respectively (Lampugnani et al., 2018).

In addition to their role in guiding cellulose deposition by CSCs, cortical MTs also serve as tracks for motor proteins including the kinesin Fragile Fiber 1 (FRA1).  FRA1 delivers vesicles containing pectin and other matrix polysaccharides to the extracellular space for deposition into the cell wall, and its absence results in brittle stems and dwarfism (Zhu et al., 2015).  Yeast two-hybrid screens intended to identify FRA1 cargo instead revealed that the carboxy-terminal tail interacts with CMU1 and CMU2.

One initial hypothesis was that CMUs regulate FRA1 motility; however, single-molecule tracking experiments showed that CMUs do not impact FRA1 motor activities.  Rather, FRA1 differentially modulates CMU abundance by stabilizing CMU1 while suppressing CMU2 levels.  CMU depletion in fra1 mutants leads to cortical MT drifting (Figure), consistent with CMU’s role as a cortical MT anchor.  Remarkably, this finding provides an unusual instance where a motor can affect the properties of the track on which it moves.  In the case of rapidly expanding tissues, increased FRA1 levels trigger CMU accumulation that stabilize the cortical MT network on which FRA1 travels.

How does FRA1 regulate CMU levels? Pharmacological experiments show that FRA1 protects CMU1 from proteasome-mediated degradation, although the precise mechanism is unknown.  Genetic and biochemical experiments indicate that FRA1 phosphorylation—catalyzed by the microtubule-associated Casein Kinase1-Like 6—controls its interaction with CMUs.  Thus, FRA1 phosphorylation could titrate CMU levels to reflect cellular needs and/or regulate the relative abundance of the CMU isoforms.

Many new questions emerge from this study.  How does direct binding by FRA1 affect CMU localization and stability?  What are the functional differences between the CMUs and how does FRA1 distinguish between them? Are other factors involved in this process?  The answers will provide insight into how plants take shape. 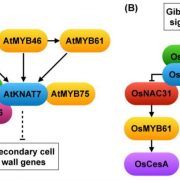 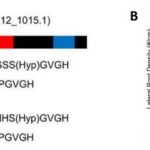 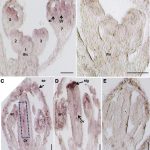