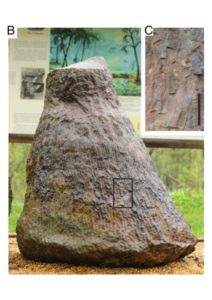 Long ago, the dinosaurs roamed amongst majestic forests of ancient tree ferns, cycads and conifers. But longer ago still, prior to the birth of both the kings of the animal and plant kingdoms, majestic forests of gigantic trees were unimaginable, with the landscape covered in small plants lacking leaves, flowers, and roots. As time passed, the first plants awarded the title of tree appeared, although it has long been uncertain exactly how large these species were, and how they could even grow large, as the structures of modern giants (secondary wood laid down concentrically) originated later. A recent study by Xu et al. revealed exceptionally preserved fossils of the earliest trees, Cladoxylopsida, which appeared during the early Mid-Devonian, ~393 million years ago. These trees did not contain the modern means of wood development to grow as large as they did; trunks of up to 70cm in diameter likely capable of supporting long tapering trunks. In contrast to secondary wood growth that supports the large statures of most modern trees, these ancient giants had structures more like that of modern palms, with a network of primary xylem strands embedded within parenchyma, but completely lacking secondary growth. Although arborescent monocots and these early trees likely evolved their comparable features independently, it is striking that ancient species already utilized forms recognizable in modern plants. (Summary by Danielle Roodt Prinsloo) Proc. Natl. Acad. Sci. USA 10.1073/pnas.1708241114. 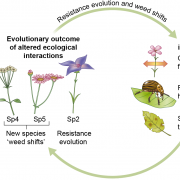 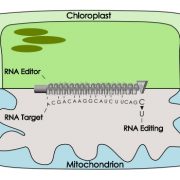 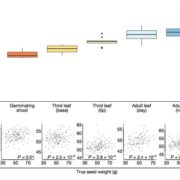 Microbial landscape of the grapevine endosphere in the context of Pierce’s...