The Poaceae is one of the largest plant families in angiosperms, containing more than 12,000 grass species, which are classified into two major clades: PACMAD (Panicoideae, Arundinoideae, Chloridoideae, Micrairoideae, Aristidoideae and Danthonioideae) and BOP (Bambusoideae, Oryzoideae and Pooideae) (Fig. 1) (Kellogg, 2015). The Poaceae originally evolved in warm moist habitats, and further successfully adapted to a worldwide range of climatic regimes from tropics to temperate zones including freezing Arctic and Antarctic ecosystems. Two subfamilies, Pooideae and Danthonioideae, predominantly occupy the temperate zones of the Northern and Southern hemisphere, respectively (Kellogg, 2015). The Pooideae is one of the most species-rich Poaceae subfamilies, containing economically important cereal crops such as wheat (Triticum aestivum), barley (Hordeum vulgare) and oats (Avena sativa). Cold tolerance in the Pooideae involves cold acclimation (adaptation to freezing temperatures by pre-exposure to short periods of non-freezing temperatures in the autumn) and vernalization (flowering after exposure to prolonged cold temperature in early spring). It has been hypothesized that cold adaptation was acquired before or during the early radiation of the Pooideae, which would reasonably result in cold tolerance for the whole subfamily (Zhong et al., 2018). In this issue of Plant Physiology, Schubert et al. (2019) show that gene expression in response to cold stress in diverse Pooideae species is largely species specific, supporting an alternative hypothesis that cold adaptation of the Pooideae occurred after species diversification.

To test the evolutionary history of cold tolerance in response to cold acclimation, Schubert et al. (2019) selected diverse species spanning the Pooideae phylogeny, including a representative of the core Pooideae (Hordeum vulgare), a member of the sister clade Brachypodium, and species from three early diverging lineages, Nardus stricta, Stipa lagascae and Melica nutans (Fig. 1). All of the species show improved freezing tolerance after cold acclimation compared to plants without acclimation, demonstrating a conserved strategy for coping with freezing temperatures across the Pooideae. The authors further performed transcriptomic analysis in response to short-term (8 hours) and long-term (4 and 9 weeks) cold treatment (6°C) in all five species. High confidence ortholog groups (HCOG) across the five species were used for cross-species comparisons. Among the differentially expressed HCOG between cold treatments and controls in at least one species, 50% are specific to a single species, and 16 out of 5577 (0.29%) HCOG are shared among all five species (Schubert et al., 2019). Similarly, in a transcriptomic study of cold response in Brachypodium distachyon, Nassella pulchra and Melica nutans, over 75% differentially expressed ortholog groups were specific to a single species (Zhong et al., 2018). These results suggest independent evolution of cold adaptation in different Pooideae lineages, which is consistent with a recent study dating the origin of the Pooideae to the late Cretaceous (66 million years ago), which would imply that the major clades within the Pooideae had already diversified during the global cooling of the Eocene-Oligocene period (34 million years ago) (Schubert et al., 2018). Moreover, among the differentially expressed HCOG, positive selection of protein coding sequences has been observed at both the early and late splits of the Pooideae phylogeny, suggesting continuous evolution of cold adaptation (Schubert et al., 2019). 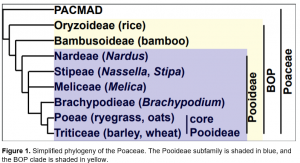 Together, the results of this study suggest that ancestral cold-responsive genes may have facilitated migration of the ancestors of the Pooideae into temperate regions, but cold tolerance mostly evolved after species diversification of the Pooideae, via regulation of cold-responsive gene expression, positive selection of coding sequences, and gene duplication and neo-functionalization. 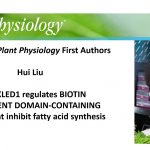 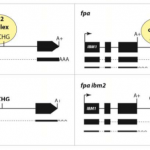