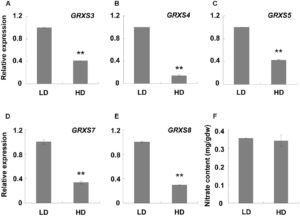 When grown at high density (HD), plants compete for nutrients, water and light. Guo and collaborators characterized Arabidopsis gene expression under two different growth densities: seeds sown at low density (LD), 10 cm apart and high density (HD), 2 cm apart. RNA sequencing analysis showed that only 205 of 20,660 genes were influenced by growth density. Genes in the category of amino acid metabolism, secondary metabolism and xenobiotic biodegradation were significantly affected. Also, the GRSX3/4/5/7/8 glutaredoxin genes were downregulated under HD. Previous studies showed that silencing of these genes produces a longer primary root in Arabidopsis and that an excess of nitrate induces expression of these genes. The authors concluded that HD can affect plant growth through a nitrate-limitation response.  (Summary by Cecilia Vasquez ) Front. Plant Sci. 10.3389/fpls.2017.02001 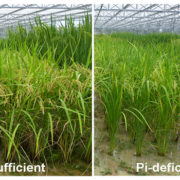 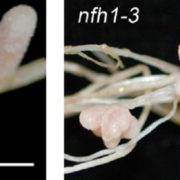 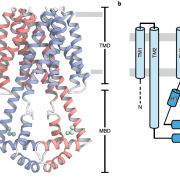 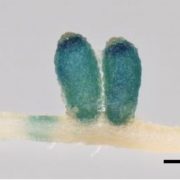 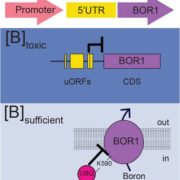