Plant-pathogen interactions are shaped by a dynamic signaling crosstalk that often leads to an arms-race between plants and pathogens. The initial pathogenic invasion starts in the apoplast, which serves as a major battlefield. This extracellular space is a harsh environment enriched with hydrolytic enzymes such as proteases. Previously, an extracellular protease has been identified as a pathogen induced protein, but its function has been elusive. Here, Wang et al. show a classic example of the co-evolving defense mechanism in a plant-pathogen interaction. The authors developed a pipeline to identify cysteine-rich secreted peptides from Phytophthora infestans. They identified PC2, which has broad sequence conservation in oomycetes but shows functional divergence. PC2 activity depends on cleavage by a plant apoplastic serine protease. Upon PC2 cleavage, plant immunity is activated, leading to cell death. To evade this plant surveillance system, P. infestans has evolved protease inhibitors that block PC2 cleavage. (Summary by Amey Redkar) bioRxiv.  10.1101/2019.12.16.878272v1 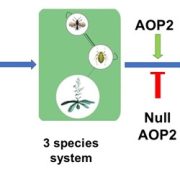 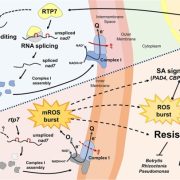 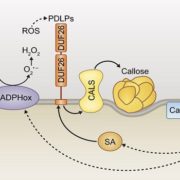 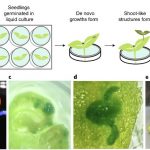 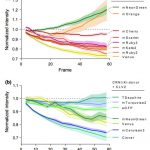 A practical guide for fluorophore selection for FRET experiments in plants (Plant...
Scroll to top