Yang et al. investigate the role of autophagy in the ongoing arms race of plant defense and viral counterdefense. The Plant Cell https://doi.org/10.1105/tpc.18.00122

By Meng Yang and Dawei Li

Background: Most plants have defense mechanisms that enable resistance to pathogens. One of theses is autophagy, which is a major cellular degradation pathway in eukaryotes. Disfunctional organisms, proteins, or unwanted materials are all degraded by autophagy. Recently, plant autophagy has been reported as an antiviral mechanism against DNA and RNA viruses. Plant viruses encode several multifunctional proteins; among these is a modulator of host defenses that interacts with host factors and counteract host defenses to facilitate virus infection. However, a counter-defense mechanism by plant viruses to interfere with autophagy to promote viral infection has not been reported.

Question: What is the molecular relationships between autophagy and Barley stripe mosaic virus (BSMV) infection, a positive single-stranded plant RNA virus? Does autophagy-dependent degradation work as an antiviral mechanism against BSMV? How is autophagy manipulated by BSMV infection or BSMV viral proteins?

Findings: We found that BSMV γb protein directly interacts with autophagy-related protein 7 (ATG7). BSMV infection suppresses autophagy and expression of γb protein is sufficient to inhibit autophagy. Molecular analyses indicate that γb interferes with ATG7 interaction with ATG8 in a competitive manner, thus the binding between ATG8 and phosphatidylethanolamine (PE) is blocked. A single point mutation in γb disrupts the interaction with ATG7 and this is correlated with abolishment of autophagy inhibition. Consistently, a BSMV virus strain carrying this mutation showed reduced symptom severity and viral accumulation on host plants. Our findings reveal that BSMV γb protein subverts autophagy-mediated antiviral defense by disrupting the ATG7-ATG8 interaction to promote plant RNA virus infection, thus providing evidence that ATG7 is a newly discovered target of pathogen effectors in the ongoing arms race of plant defense and viral counter-defense.

Next steps: Many animal viruses are known to suppress, evade, or exploit the autophagy pathway to benefit themselves, but until now there was no evidence that plant viruses had these functions. Further work on ATG7 as a new found viral target will help us to understand the relationship between host defense and counter-defense of pathogens.

The image at top shows that BSMV infection inhibits autophagy, as autophagic bodies in vacuoles were observed in mock-inoculated plants, but not in BSMV-infected leaves. 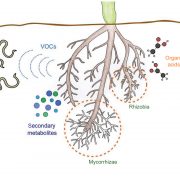 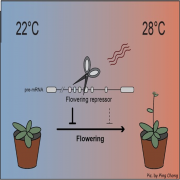 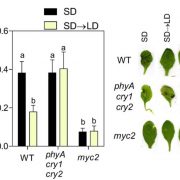 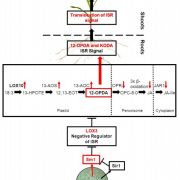 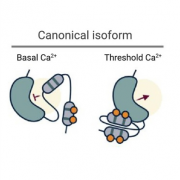 Tectonic Movements Across the Tomato Genome
Scroll to top