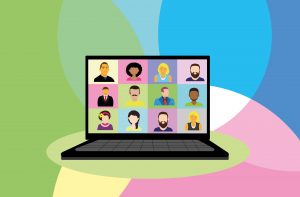 As we wrapped up our first week of listening sessions, we wanted to take some time to report on major themes and ideas that were discussed.

There was a discussion on the need for more transparency on ASPB’s budget which showed up in several different areas. For members/community-at-large, topics that were raised included membership fee structure, its underlying rationale, and new ideas for more inclusive practices (including assumptions about wealth in industry excluding small companies). From within ASPB, increased financial transparency would enable committees to rationally consider if their ideas and/or projects are feasible for the society. One area that our community wants addressed from ASPB is their endowment funds and how a portion or maybe the interest earned could be used for aiding membership costs, conference registration fees, and new programs that aim to engage minority communities like HBCUs, PUIs, and colleges with small plant biology programs.This discussion also included topics like the Membership Dues Proposal (put forth by the ASPB Early Career Plant Scientist Section) and the effect of lowering the cost of membership for some and increasing the dues for others. Moreover, there was a point made that charging a higher price for industry members leaves out professionals within small companies, suggesting a change to the categories of membership to just professionals and lowering the price.

This area of discussion was brought up with the aim of generating ideas for the grant proposal. The first topic addressed was what our society offers as a member vs non member, which no one had an answer. One suggestion was to ask our community for personal stories on how members initially got involved in ASPB. There was agreement that there needs to be more engagement with underrepresented minority scientists. However, we don’t want empty promises, meaning from this grant we can’t just throw money into programs without human-to-human relationship building in order to bring overlooked plant biologists into our society.

This topic came up in a few listening sessions this week. The main points made were that the ASPB community does not understand how ASPB governance works i.e., who appoints people and why are long-time members never being asked personally if they want to be more involved. The ASPB Forward team made aware that the ASPB President elects most committee chairs to which the community responded with comments along the lines of: is this too much power? And why are there no suggestions from ASPB community?

Comments were made indicating there is too little science communication training offered by ASPB. Our community mentioned training ideas like discussions on Plantae, video abstracts for papers, a podcast series, and more events at annual conference.

A great discussion took place questioning who ASPB serves because there is a feeling that our society has a strong presence of academic elitism, indicating that there needs to be a breakdown of that barrier between well-known academics, early career researchers, and industry professionals. Suggestions made to combat this problem was the need for flexible, community driven networks around certain topics and the creation of groups where you can discuss grant ideas and proposals led by the funding agency itself. Further, our community members feel that in order to break down the divide between academia and industry could happen through discussions on myths within industry. These discussions could cover the difference and similarities between the scientific philosophy and scientific process of the two professional fields.

Our community suggested that they do not want the annual Plant Biology conference to go back to the fully in-person format due to wanting to include our global community.

We hope you join us in the future for more ASPB Forward listening sessions! We’ll be announcing more soon, but if you have ideas or suggestions you’d like to share in the meantime, leave a comment below or use this form. 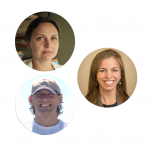 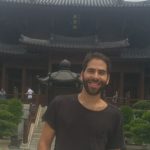