The endosperm, a tissue that transfers nutrients from maternal tissue to the embryo, is normally triploid, with two copies of the maternal genome and one of the paternal genome. Excess paternal genomes usually leads to endosperm abnormalities and seed abortion. Previous studies have shown that the RNA polymerase IV NUCLEAR RNA POLYMERASE D1 (NRPD1) acts as an epigenetic regulator in the paternal tissue and is required for Arabidopsis interploidy seed development. Although there have been several models to depict what determines the threshold between seed lethality and viability, the mechanism has still been ambiguous. Here, Satyaki et al. used unbalanced Arabidopsis ploidy in series of genetic and genomic experiments and found that paternal RNA-directed DNA methylation (RdDM) activity genetically contributes to seed viability. Their discoveries suggest reconsideration of existing models for dosage sensitivity in endosperm and provide an important foundation for understanding hybrid incompatibilities in crops. (Summary by Jin Liao) Plant Cell 10.1105/tpc.19.00047 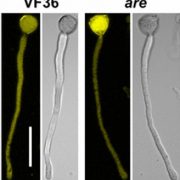 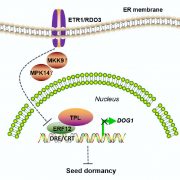 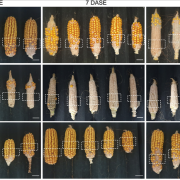 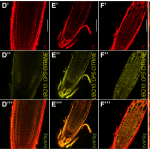 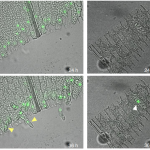