Background: Acylsugars are specialized metabolites secreted through the trichomes (plant hairs) of many plants in the nightshade family (Solanaceae). These compounds provide protection against herbivores and plant pathogens. Acylsugars are glucose and sucrose esters of both branched-chain fatty acids and straight-chain fatty acids. Branched-chain fatty acids are derived from branched-chain amino acids (BCAAs), such as valine, leucine, and isoleucine. Scientists have identified some genes involved in acylsugar biosynthesis. However, many other genes remain unidentified, and relatively little is known about how acylsugar biosynthesis is regulated. We used a wild tomato species (Solanum pennellii) as a model to identify these unknown genes.

Findings: We found that high-acylsugar-producing accessions had higher transcript (mRNA) levels for known and candidate genes involved in acylsugar production. On the other hand, many genes involved in plant defense had higher transcript levels in low-acylsugar-producing accessions. When we treated Solanum pennellii leaves with an inhibitor of BCAA biosynthesis, we observed that expression of known and candidate genes was repressed in response to the inhibitor in a concentration-dependent manner. We used gene expression data to identify acylsugar candidate genes that showed very similar gene expression profiles with known acylsugar biosynthetic genes. This analysis also identified a network of plant defense genes. Using a gene silencing method, we confirmed that two acylsugar candidate genes were indeed involved in acylsugar biosynthesis.

Next steps: We are using gene silencing methods to confirm (or refute) that additional candidate genes are involved in acylsugar metabolism. Identification of regulatory genes controlling the acylsugar pathway will facilitate breeding programs in solanaceous plants, such as tomato, potato, eggplant, and pepper.

Purple is the New Orange: Anthocyanin Regulation Coming Together in Carrot 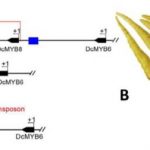 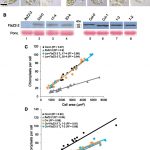