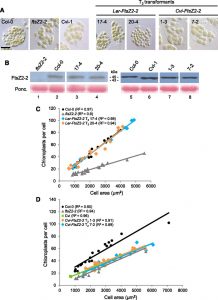 to; 100 or more in  mature mesophyll cells. Chloroplasts divide in the middle, producing populations of organelles that are generally similar in size and shape. However, chloroplast size in mesophyll cells can vary considerably between and within species. By exploiting a near-isogenic line population derived from a cross between the Arabidopsis (Arabidopsis thaliana) accessions Cape Verde Islands (Cvi-1), which has larger chloroplasts, and Landsberg erecta (Ler-0), with smaller chloroplasts, Kadirjan-Kalbach (10.1104/pp.19.00841) have determined that the large-chloroplast phenotype in Cvi-1 is associated with allelic variation in the gene encoding the chloroplast-division protein FtsZ2-2, a tubulin-related cytoskeletal component of the contractile FtsZ ring inside chloroplasts. The large-chloroplast phenotype in Cvi-1 is associated specifically with a rare allelic variant of FtsZ2-2 that encodes a truncated gene product. Comparisons of FtsZ2-2 coding sequences identified additional rare loss-of-function alleles, including a natural null allele, in three other accessions, all of which had enlarged-chloroplast phenotypes. These results establish that allelic variation in FtsZ2-2 contributes to natural variation in chloroplast size in Arabidopsis, and they also demonstrate that natural variation in Arabidopsis can be used to decipher the genetic basis of differences in fundamental cell biological traits, such as organelle size. 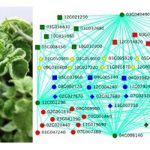 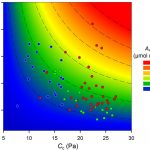 CO2 and O2 as Drivers of Plant Macroevolution
Scroll to top