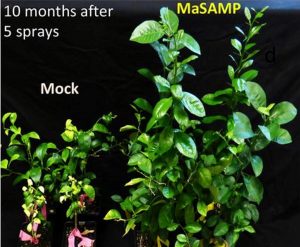 Citrus Huanglongbing (HLB) caused by the bacterium Candidatus Liberibacter asiaticus (CLas) is the most destructive disease of citrus and currently has no cure. Current management practices are also not effective. Huang et al. used comparative analysis of small RNAs and mRNAs between HLB-sensitive and HLB-tolerant hybrids to identify genes mediating HLB tolerance. One of these genes encodes a 67 amino acid peptide that has an Arabidopsis homolog with antimicrobial properties. This candidate gene was subsequently named SAMP; stable antimicrobial peptide. To functionally characterize this candidate gene, SAMP genes were cloned from HLB tolerant citrus relatives. Tolerant citrus relatives have both a long (109-aa) and short (67-aa) version of the peptide, while the susceptible varieties have only the long version (LSAMP). SAMP mRNA expression was significantly higher in tolerant varieties than LSAMP expression in the susceptible ones. An antibody was used to show that the 6.7 kD short version was present in the phloem of tolerant varieties but not in the susceptible ones. SAMP-containing solutions was also shown to supress CLas in HLB-positive citrus trees and protected healthy trees against infection by activating defense response. The authors also showed that SAMP is heat stable and effective against α-proteobacteria by causing rapid cytosol leakage and lysis. Finally, several truncated versions of SAMP showed that the second α-helix of SAMP is responsible for the antibacterial activity of SAMP. (Summary by Toluwase Olukayode @toluxylic) Proc. Natl. Acad. Sci. USA 10.1073/pnas.2019628118 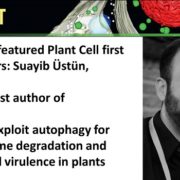 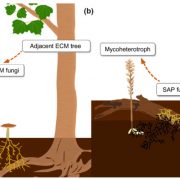 Some mycoheterotrophic orchids depend on carbon from deadwood: novel evidence from a radiocarbon approach (New Phytol.) 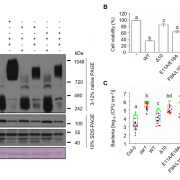 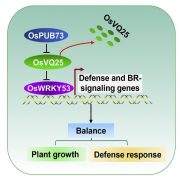 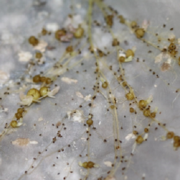 Rhizobia use a pathogenic-like effector to hijack leguminous nodulation signaling... 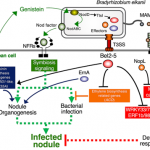 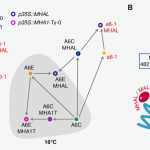