Membrane proteins are synthesized in the endoplasmic reticulum and are trafficked through the Golgi, from which they are sorted to the plasma membrane, tonoplast, or other target membranes. In all eukaryotes, secretory traffic to the plasma membrane is mediated by SNARE proteins. In Arabidopsis, three Qa-SNAREs, commonly referred to as syntaxins, namely SYP121 (Syntaxin of Plants121, or SYR1/PEN1) and its close homologs SYP122 and SYP132, are ubiquitously expressed at the plasma membrane throughout plant development. Although SYP121 and SYP122 drive the bulk of secretory 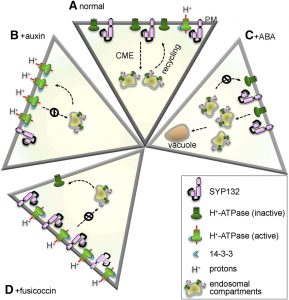 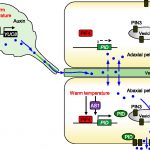 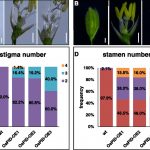