The world is so complicated, and it is changing so fast. I seldom feel like I have my footing. I never know what the right thing to do is, and I never know how I should be thinking about things. I fixate on this as I walk into a familiar meadow in autumn. I open a book of poems by Bradford Tice, and read his poem Milkweed, which opens with

“I tell myself softly, this is how love begins—

the air alive with something inconceivable,

seeds of every imaginable possibility”

I see the dehisced pods of our common milkweed (Asclepias syriaca), mostly emptied by this point in the season. Meanwhile, the goldenrod (Solidago spp.) shows a patchy distribution of floral phenology throughout the meadow. Some areas are lit up with the bright yellow inflorescences while other parts of the landscape are transitioning into gray as the cypselae start to take flight. My train of thought bounces back and forth from thinking about the species interactions that result in this landscape of warm colors and thinking about how painfully chaotic the world around me is.

I wasn’t sure how to write a statement of purpose while the world was burning (figuratively where I was, but literally in other parts of the country). Like many others, my plans were tossed upside down when the pandemic hit. Suddenly, I had a lot of time to think. However, making these frequent trips to the meadow didn’t stimulate the optimistic, industrious thoughts that I had hoped to funnel into my graduate school applications. Instead, I routinely worried about my ambiguous future until I exhausted myself. It was only then, once I had sunken into the base of a tulip poplar (Liriodendron tulipifera) at the edge of the meadow and adjacent forest, that I would give in to the chaos of the world.

After many trips to the meadow, I realized that, for better or for worse, I can see the world in no other way than through a deeply queer and deeply ecological lens. I loved this seemingly patternless aggregate of flowers. I wanted to incorporate myself in the matrix of stems and roots and soil. By leaning into the chaos and complexity of this meadow, and of every biological system I exist in, I learned to stop looking for my footing. I learned to float through the world like the seeds of some wind-dispersed wildflower, loving every moment I had with the world around me.

I suspect that my queerness has greatly influenced my academic interests. What started out as an aesthetic appreciation for flowers has evolved into a fascination with plant-soil interactions and ecological theory. I anticipate some readers may not immediately understand how queer this work could be1. Though my experiences as a queer person and as a naturalist2 have been inseparable since adolescence, I was only recently moved to think deeply about this intersection between queerness and science after attending the virtual seminar put on by the New York Botanical Garden, Queering Botanical Science3. Here I will provide a brief example from my own area of study.

Overall, my work is heavily motivated by my deep appreciation for and fascination with 1) the chaos inherent in a field of wildflowers and 2) the mysteries held by the so-called “black box” of soil. One question that I am asking in my current research is how context-dependent plant-microbe interactions scale up to influence larger plant community dynamics. As a case study, I will focus in on the particularly queer entanglement between plant roots and mycorrhizal fungi. Mycorrhizae are associations between plants and fungi in which plants offer photosynthates to the fungal symbiont in exchange for nutrients such as phosphorus or nitrogen. Additionally, some mycorrhizal fungi seem to provide protection for plants from pathogens and environmental stress. The affair between plants and fungi is an ancient one, having been necessary for the colonization of land by plants. However, this relationship can be rather fair-weather. Pioneering work by Nancy Johnson found that mycorrhizal interactions exist along a mutualism-parasitism continuum such that increasing nutrient availability in the soil may cause the fungal symbiont to become parasitic, still sapping carbon from the plant with little to give in return.

The queerness of symbiosis is addressed in David Griffiths’s Queer Theory for Lichens, in which he describes how lichens (a symbiosis between one or more fungal symbionts and a green algae or cyanobacterium) defy traditional concepts of individuality and biological classification. Mycorrhizae similarly reflect these ideas, though also challenge us to envision intermediates between obligate symbioses and non-symbiotic interactions. Mycorrhizae range from plants that are completely dependent on their fungal symbiont to more facultative symbioses between plants and fungi, thus resisting classification into ecological categories.

Of particular relevance to my work is the queerness of context-dependency. Queer theorists deal with similar ideas when exploring the fluidity of queer identities. Queer theorists work to destabilize seemingly delineated and identified entities4 in parallel to plant ecologists’ study of transient and dynamic species interactions. Similar to how species interactions may be dynamic along a hyperdimensional plane of possibilities, the way I exist in the world and interact with others may similarly move across countless axes. The terms “mutualist” and “homosexual” are similarly reductionist and obfuscate other qualities of the entity being described. Adjacent issues regarding subjectivity may (and should) encourage scientists to deeply evaluate how we are studying biological entities and to formulate alternative ways of conceptualizing these entities altogether.

Queerness affords me the ability to question normative ways thinking about plant ecology. Queer theory has given me a framework and vocabulary for deconstructing traditional ecological paradigms5. These intersections between queer theory and ecology serve as exciting avenues for moving our respective fields forward, and although queer theorists have taken advantage of these intersections in the field of queer ecology, the field of ecology seems to be resistant to embracing queer ways of thinking. I suspect that great advancements in our understanding of biological systems have come, and will continue to come, from biologists who embrace life’s inherent queerness.

There are no partitions between the plant ecologist part of my brain and the queer part of my brain. I think queer thoughts as I walk through the woods, and I navigate the gay bar ecologically. There are cultures, complete with sets of philosophies and values, inherent in communities of queer people and communities of ecologists, and every facet of my life is enhanced by the synergy that arises as I blend them.

Thankfully, more and more scientists are speaking out about bringing their queerness into academic spaces6. I have already written about how I bring my queerness into my scholarship, so here I will focus on how the synergy of my queer and ecological lenses influences my own life. Specifically, I will explain how queer ecological thought permeates my day-to-day perceptions of life in the Anthropocene.

I view my academic work as an inherently queer form of coping. Early in my life, I formed relationships with the white-tailed deer weaving through the forest, the maple saplings the deer would chew on, and the mesic woodland soil the maples grew out of. As I grew older, I realized how much I depended on these relationships to buffer me from uncertainty in my life. A very queer set of intimacies arose in my relationship with the biological community around me, and in recent years, I’ve had to cope with the temporal and spatial changes that would influence these relationships.

As I continue to exist in a time of rapid change, and as I myself change and move throughout the world, I practice mourning. For example, I thought about mourning, as a form of deep appreciation, as I drove from my home in upstate N.Y. to move to Oregon. I watched the communities of roadside plants change in composition as I said goodbye to the weedy highway inhabitants of the east coast. I’ve adopted a verbiage of mourning and melancholy after Mortimer-Sandilands’s essay Melancholy Natures, Queer Ecologies7, in which, she compares environmental crisis and the AIDS epidemic as two complementary examples of mourning the socially unmournable. From these readings, I have cultivated a view of my own work in ecology as a way to appreciate the intimacies I share with the larger biological community and to make sense of losing these intimacies.

My solution to dealing with this loss has come from my work in ecology as well as my experiences as a queer person. If I only have a finite amount of time to share with my favorite eastern hemlock, then I will spend that time getting to know it. I’ll sit under its branches as I read about its physiology and life history. I’ll read about and observe its ecological interactions. I’ll seek out and listen to other’s relationships with it through art, poetry, and conversation. If I continue to interrogate the world around me, then I am left with an understanding that I can cherish when the hemlock tree is gone. The parallels between queer and ecological thinking have made me painfully aware of the ephemerality of these interactions, but their complementary set of tools have afforded me the opportunity to navigate an ephemeral world by succumbing to and deeply appreciating it’s complexity.

Jeremy is a Ph.D. student in the University of Oregon’s Institute of Ecology and Evolution. He is interested in integrating empirical and theoretical community ecology and does so in his current research to study interactions between plants and soil microbes.

1 Queer plant biologists are likely to be well-aware of how queer floral anatomy can be.

2 I do recognize the irony of quickly attributing labels to myself in a blog post about my experiences with queer ecology. I do not inherently believe in fixed identities, but I do believe in efficiently communicating my ideas at the occasional expense of a nuanced manifesto about my (patchily formed) philosophical leanings.

3 Here is a link to a blog post written about this seminar: https://www.nybg.org/planttalk/queering-botanical-science-a-recap/

4 I find these ideas particularly tantalizing as I continue my studies in theoretical ecology. The tension between an ever-complicating view of ecological systems and the need for tractable models underlies my love for theory.

5 Or whatever you want to call them, if you find the term “paradigm” questionable.

6 There seems to be increasing recognition of how science can benefit from including and promoting queer, trans, and nonwhite scholars (though note that these advantages are not necessary for the moral imperative to do so). Continued conversations about incorporating sexual, gender, and racial identities into academia are necessary to afford opportunities for non-straight, white, cisgender men to do science.

7 This essay dives into Jan Zita Grover’s North Enough, a book I cherish. I found this book indispensable to acclimating to Oregon after moving there from my home in upstate N.Y. 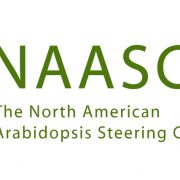 NAASC-Seeds of Change: Using Plants to Broaden the Impact of Science in Society 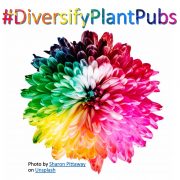 It’s not about who you know, but how to find them

Transitioning in the lab
0 replies 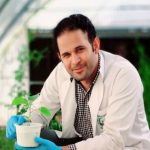