Sipka and coworkers show that the closed state of photosystem II holds a formerly unrecognized structural and functional plasticity and upon illumination assumes a light-adapted charge-separated state. [Plant Cell https://academic.oup.com/plcell/advance-article/doi/10.1093/plcell/koab008/6119330]

Background: Photosystem II (PSII), which uses solar energy to oxidize water and supplies the reducing equivalents necessary to fix carbon dioxide, is the engine of life. Monitoring the activity of PSII in vivo or in vitro, upon dark-to-light transition, is routinely performed by recording the rise of fluorescence intensity from the minimum (Fo) to the maximum (Fm) levels. The variable chlorophyll-a fluorescence (Fv=Fm−Fo) follows a complex induction kinetics and carries information on the functioning of the photosynthetic machinery. This is arguably one of the most commonly used techniques in plant biology. The Fv/Fm parameter, according to the mainstream model is equated with the quantum efficiency of PSII. According to this model, Fo and Fm belong to the open (PSIIO) and closed (PSIIC) states of the reaction center, states which, respectively, are ready and incapable of utilizing the absorbed light for stable charge separation. Although chlorophyll-a fluorescence measurements have provided a wealth of information on the mechanisms of photosynthetic light-energy conversion, the mainstream model is not free of controversies. Hence, our understanding of the photochemical activity of PSII remained fragmentary.

Questions: Our goal was to clarify the origin of chlorophyll-a fluorescence in association with the functional and conformational states of PSII.

Findings: We resolve the controversies and explain the peculiar features of chlorophyll-a fluorescence induction kinetics and show that in addition to PSIIO and PSIIC, this photosystem is capable of assuming light-adapted charge-separated state, PSIIL. Formation of PSIIL, via light-induced subtle conformational changes, facilitates the stabilization of charge-separated state. PSIIL is characterized by distinct features in the energy landscape of trapping/detrapping of excitations in the core-antenna reaction-center complex. The PSIIC–PSIIL transition is responsible for a large part of Fv, which thus appears to reflect the structural dynamics of PSII. Hence, the Fv/Fm parameter cannot be equated with the quantum efficiency of PSII photochemistry. Variations of this parameter – e.g. in mutants or upon exposing the organisms to different stress conditions – may be explained by changes in the functional activity of PSII or may reflect the structural-functional plasticity of this photosystem. Our data suggest key roles of strong local stationary and transient electric fields and dielectric relaxation processes during the operation of PSII.

Next steps: Further details of the reorganizations associated with PSIIC–PSIIL transitions and the underlying physical mechanisms should be uncovered, and mechanisms of natural, genetic and stress-induced variations in Fv investigated and correlated with structural-functional changes in PSII. 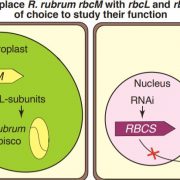 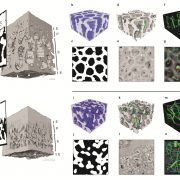 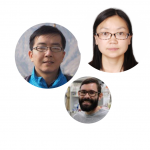 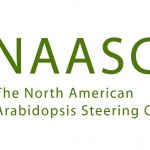 NAASC-Seeds of Change: Using Plants to Broaden the Impact of Science in Soc...
Scroll to top