The sub-functionalization and neo-functionalization of duplicated MADS-domain containing transcription factor coding genes has driven angiosperm evolution. These transcription factors control almost every facet of reproductive development in plants and are key breeding targets for crop yield improvement. Modulating their activities can have a dramatic effect on plant development, a strategy that has been used to improve yield in several crops (Schilling et al. 2018). Fruit length is an important parameter in cucumber (Cucumis sativus L.) breeding; however, few candidate genes underlying this trait have been identified while none have been validated. Now, Zhao et al. (2019) have revealed how the activities of the MADS-domain transcription factor FRUITFULL (FUL) have been modulated in cucumber to regulate fruit length.

The authors identified a particular allele of CsFUL1 (FUL1A) that underlies longer fruits through a genome-wide association study of 150 cucumber lines with various fruit lengths at maturity (Figure). When the CsFUL1A sequence was aligned with the other FUL1 variants of these cucumber lines, a single non-synonymous substitution was identified in a protein–protein interaction domain of CsFUL1A (Theiβen et al. 2016). Ectopic expression of CsFUL1A (CsFUL1A-OX) reduced fruit length, whereas ectopic expression of a CsFUL1 variant that lacked the non-synonymous substitution (named FUL1C) had little effect. Closer inspection revealed that pericarp cells of CsFUL1A-OX fruits were smaller than those of controls, indicating that cell division and expansion were perturbed in these transgenic plants. In agreement with these results, plants whose CsFUL1A expression levels were decreased via an RNA-interference (RNAi) approach bore longer fruits that were composed of larger cells; however, no effect was observed when CsFUL1C levels were decreased. The absence of a phenotypic difference in plants with perturbed CsFUL1C activity indicates that this gene variant is functionally distinct from CsFUL1A and is possibly inactive. Interestingly, CsFUL1 expression was ~50% lower in plants harbouring the CsFUL1A allele than in those harboring CsFUL1C. This suggests that the lower gene expression levels of CsFUL1A serve to balance the modulated activity of the corresponding protein.

To determine the molecular mechanism underlying CsFUL1A activity, the authors compared the transcriptomes of CsFUL1A-OX plants with corresponding controls. They identified the cucumber homolog of the Arabidopsis SUPERMAN (SUP) gene, which controls cell proliferation (Prunet et al., 2017), as being expressed at less than 1% of control levels in CsFUL1A-OX plants. Furthermore, they identified genes related to auxin transport and signalling and genes involved in cell cycle control as having reduced expression. CsSUP and two genes encoding polar auxin transporters were shown to be direct targets of CsFUL1A through a combination of in vitro and in vivo methods. The authors also demonstrated that a loss of CsSUP activity through RNAi mimicked CsFUL1A-OX plants, with both bearing shorter fruits composed of smaller pericarp cells compared to controls. Furthermore, a set of 10 genes with functions related to cell division and expansion were differentially expressed in both transgenic backgrounds.

To determine if the modulated protein–protein interactions were responsible for the phenotypic differences of CsFUL1A plants, CsFUL1A was tested for interactions with other CsMADS-domain containing proteins, and cucumber orthologs of known interactors from other species, in heterologous yeast and Nicotiana benthamiana  systems. CsAGL20 was found to interact with CsFUL1A but not CsFUL1C. Notably, while a combination of CsFUL1A and CsAGL20 repressed the expression of a reporter for an identified direct target of CsFUL1A (CsPIN7pro:GUS) in N. benthamiana leaves, co-expression of CsFUL1C and CsAGL20 did not. In addition, the combination of CsFUL1A and CsAGL20 repressed the expression of a CsFUL1pro:GUS reporter to a greater degree than did incubation with either single component or with CsFUL1C. This latter observation provides a potential mechanism for the lower expression of CsFUL1A variants relative to CsFUL1C variants. Together these results suggest that the mutation in the K-domain of CsFUL1A modulates protein–protein interactions, which rewires the gene regulatory network underlying fruit growth.

This work demonstrates the power of comparative and functional genomics in identifying and characterizing novel gene variants that influence agronomically important traits. The potential to modulate fruit length in other important crops through CsFUL1A expression, as has been done with other variants of MADS-domain coding genes (Schilling et al. 2018), is an exciting prospect. 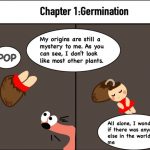 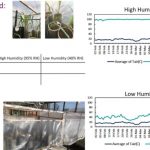