Ascorbate (vitamin C) is one of the main redox buffers required for metabolizing reactive oxygen species. Its action is essential to protect cells against free oxygen radicals, especially under stress conditions, such as high light. Since ascorbate biosynthesis is slow and energy consuming, various strategies are in place to ensure its recycling. Ascorbate can be regenerated from its oxidized forms, monodehydroascorbate (MDHA) and dehydroascorbate (DHA), by MDHA and DHA reductases (MDHARs and DHARs), respectively (Smirnoff, 2018) The activity of DHARs is coupled to oxidation of glutathione, which is also required for spontaneous, non-enzymatic reduction of DHA to ascorbate (Figure 1).

The role of DHAR proteins in ascorbate regeneration has been demonstrated in tobacco, since DHAR-downregulating tobacco lines show reduced total ascorbate levels, lower dry weight, and diminished photosynthetic efficiency (Chen and Gallie, 2006; Chen and Gallie, 2008). Likewise, DHAR overexpression in tobacco and maize led to an increase in ascorbate and glutathione concentration, as well as a shift towards the reduced state for glutathione (Chen et al., 2003). However, the physiological importance of DHARs in ascorbate regeneration has been recently called into question. An Arabidopsis (Arabidopsis thaliana) mutant lacking all three DHARs (Ddhar), with negligible DHAR activity, was shown to be equivalent to wild-type plants in terms of growth and development, as well as ascorbate levels (Rahantaniaina et al., 2017). Analysis of the Ddhar mutant showed that DHARs are required to couple hydrogen peroxide metabolism to glutathione oxidation, and that this is functionally important for downstream activation of the salicylic acid pathway. Thus, the role of DHARs in ascorbate recycling remains controversial.

In this issue of Plant Physiology, Terai et al. (2020) dissect the functions of DHARs in a context of high-light stress, a condition that increases ascorbate oxidation as a protective mechanism and increases the ascorbate pool (Dowdle et al., 2007). Analysis of the Arabidopsis Ddhar mutant confirmed indeed that DHAR activity is dispensable for growth and ascorbate homeostasis under low light. When subjected to high-light stress, both the wild-type plants and Δdhar mutants accumulated ascorbate to high levels, but minor differences were observed after a prolonged stress. The lower ascorbate accumulation of Ddhar relative to the wild type was associated with a slight over-accumulation of threonate, an ascorbate degradation product. The authors hypothesized that the physiological significance of DHAR activity depends on the ascorbate pool size and that DHARs are required only at high levels of ascorbate. In agreement with this hypothesis, both the ascorbate- deficient mutant vtc2-4 (which contains only 30% of the wild-type ascorbate) and the vtc2-4 Δdhar quadruple mutant showed comparable ascorbate accumulation in response to high light. In other words, when the Arabidopsis pool of ascorbate is small, DHAR appears unnecessary for its regeneration. 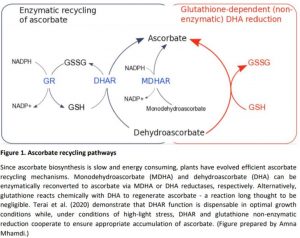 Terai and colleagues examined if non-enzymatic reduction of ascorbate by glutathione could function as a backup for DHAR activity. Consistent with earlier reports (Han et al., 2013), analysis of the glutathione-deficient pad2-1 plants demonstrated that 30% of the wild-type glutathione level is enough to sustain ascorbate recycling during high-light exposure. However, ascorbate accumulation was completely blocked in the Ddhar pad2-1 quadruple mutants, which consistently showed bleaching, lower photochemical activity and a higher accumulation of threonate in response to high light. Collectively, these data suggest that under high-light stress glutathione can compensate for DHAR loss of function. A blockage of ascorbate accumulation in response to high light was also observed when glutathione deficiency was induced pharmacologically by buthionine sulfoximine treatment, providing extra evidence that, in high-light conditions, glutathione acts as a substitute for ascorbate reduction (Figure 1).

The current report constitutes a meaningful advancement on the physiological role of DHARs. It now seems that, in Arabidopsis, DHARs are not normally required for ascorbate recycling or to maintain ascorbate redox state even under conditions that are known to stimulate glutathione oxidation without affecting ascorbate levels (Rahantaniaina et al., 2017), contrary to previously reported findings in tobacco (Chen and Gallie, 2006; Chen and Gallie, 2008). Rather, Terai et al. (2020) raise the possibility that, in Arabidopsis, DHAR activity is required for ascorbate recycling only when glutathione availability is low and in conditions of high ascorbate accumulation (such as high light). Studies on a larger number of plant models, crops and growth conditions, especially those such as cadmium stress that affect glutathione availability, might help to further clarify whether and when DHARs fulfill a direct role in ascorbate recycling. 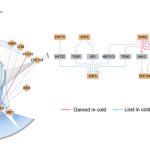 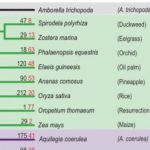