Developmental and environmental changes are communicated systemically throughout the plant by various signals, ranging from electric currents to plant hormones. As the responses elicited by the systemic signals depend on the tissue and sub-cellular context, the signal needs to be adjusted at every scale, which can be achieved by regulating the abundance of receptor proteins (Guerra and Callis 2012). Regulation of hormone receptor abundance controls the magnitude of the response to hormones. Numbers of hormone receptors are reduced by tagging with ubiquitin residues,  which targets the receptor proteins for degradation(Kelley and Estelle 2012). Once the protein is ubiquitinylated degradation can proceed either through the 26S proteasome (Stone 2014) or the endosomal sorting complex required for transport (ESCRT) (Gao et al. 2017). The ubiquitin tag is added to the substrate protein through the coordinated action of E1 ubiquitin-activating enzyme, E2 ubiquitin-conjugating enzyme and E3 ubiquitin ligase (Shu and Yang 2017).

The perception of the stress-related ABA hormone was previously found to be regulated by the E3 ligase RING FINGER OF SEED LONGEVITY (RSL1) (Belda-Palazon et al. 2016). RSL1 protein carries a C-terminal transmembrane domain, which tethers the E3 ligase to the plasma membrane, where it decorates ABA receptors PYR1 and PYL1 with ubiquitin tags (Bueso et al. 2014), initiating ESCRT mediated degradation in the vacuole (Belda-Palazon et al. 2016). While the Arabidopsis genome contains 10 members of the RSL1/RSA (RING finger ABA-related) family, their contribution to the regulation of ABA receptor abundance is unknown.

In the current issue of Plant Physiology Fernandez et al. (2019) examine other members of RSL1/RFA family for their potential role in regulating ABA perception. The group examined five members of the family (RFA1-RFA5), which lacked the C-terminal transmembrane domain. The in silico study of transcript abundance revealed that RFAs1 and RFA4 were expressed in the same tissues and conditions as the ABA-receptors, suggesting possible interactions between the RFAs and PYR/PYL. Fernandez et al. (2019) showed that both E3 ligases were interacting with ABA receptors using split YFP/luciferase and pull-down assays. While RFA4 interacted with ABA receptors exclusively in the nucleus, the interaction between ABA receptors and RFA1 was observed in the nucleus and the cytosol. The yeast two-hybrid screen for the partner E2 ligase revealed that UBIQUITIN CONJUGATING ENZYME 26 (UBC26) interacts with RFA4 and ABA-receptors in the nucleus. As expected, the ubc26 and rfl1/4 mutant lines showed higher levels of the PYR/PYL receptor proteins and were hypersensitive to ABA. However, ABA treatment still induced the degradation of ABA-receptors in rfl1/4 mutant lines, revealing that the receptor level is regulated by multiple pathways working in parallel.

The work by Fernandez et al. (2019) shows that ABA receptor turnover is regulated by multiple E3 ubiquitin ligases, where RSL1 targets the ABA receptors at plasma-membrane, RFA1 targets the nuclear and cytosolic PYL/PYR proteins, and RFA4 targets exclusively nuclear ABA receptors. The interactions between hormone receptors, E3, and E2 ligases illustrate the complexity of hormone signaling cascades, where the hormone perception can be modulated not only at the tissue level, but at the sub-cellular level, by regulating the receptor abundance. Tapping into this complexity between the ABA receptors and the E3 ubiquitin ligases might be an exciting target in future breeding programs for plant’s increased resilience to biotic and abiotic stressors, finetuning the plant’s stress response without compromising on plant’s performance under non-stress conditions. 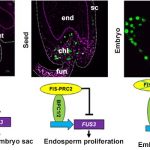 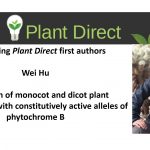