Wu et al. found that FUSCA3, which regulates seed development, is localized to specific cells of the ovule and seed coat and is itself regulated by BASIC PENTACYSTEINE (BPC) proteins.  Plant Cell https://doi.org/10.1105/tpc.19.00764 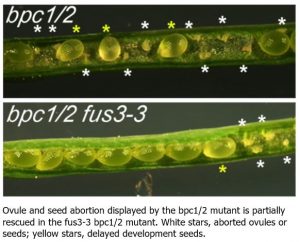 Background: Successful completion of reproduction and seed formation is crucial for both plant propagation and agriculture. In flowering plants, ovules develop into seeds after fertilization, and seeds, which are rich in nutrients, make up to 50% of our caloric intake. Environmental stresses such as high temperatures and drought negatively affect plant fertility and seed formation by triggering the abortion of ovules, which contain the female gametophytes, or seeds, which contain the embryo. This can cause devastating food and economic losses. Because environmental stresses are increasing in frequency and severity due to climate change, ovule and seed abortion are central issues for food security. We recently found that the plant-specific FUSCA3 protein, which regulates seed development, also plays also a critical role in ovule development. However, the mechanism is poorly understood

Findings: We discovered that FUSCA3 is localized to specific cells of the ovule and seed coat; the latter encloses and protects the embryo and the endosperm tissue nourishing it. BPC proteins promote ovule development and loss of BPCs caused severe ovule abortion. We showed that, before fertilization, BPCs prevented FUSCA3 expression in the integument tissues surrounding the embryo sac, which contains the female reproductive cell, and also showed that this promoted ovule development. Following fertilization, BPCs prevented FUSCA3 expression in the seed endosperm to balance embryo and endosperm growth. Hence, not only mutants lacking FUSCA3 but also bpc mutants expressing FUSCA3 in the wrong tissues (ovule integuments and seed endosperm) developed aborted ovules and seeds. This clearly demonstrates that correct FUSCA3 expression in reproductive organs (ovule) and seed tissues is essential for fertility and seed production. 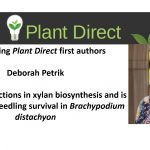 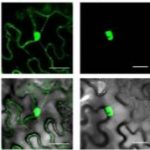 Tuning to the signal of stress: sub-cellular regulation of abscisic acid receptor...
Scroll to top