Plants have veins too. As in animals, the plant vasculature facilitates the circulation of water and nutrients across tissues and organs. Unlike animals, it originates from a self-renewing population of meristematic cells forming the (pro)cambium ring within stems and tree trunks and roots. Local signals nudge freshly divided cells toward phloem xylem or procambium cell fate. A better grasp of xylem formation is therefore critical since we depend on trees as raw material for paper, fuel, and buildings. Here, Smit, McGregor, and colleagues (Smit, McGregor et al., 2019) subject vasculature development in Arabidopsis to a systems approach and provide a highly connected first look at the genetic and molecular network involved.

Vascular development stems (ha!) from the recognition of a ligand by a receptor. The 12-amino acid ligand is derived from the cleavage of CLAVATA/ESR-RELATED 41, 42, and 44 (CLE41/42/44) and is present in phloem cells. Its cognate receptor kinase PHLOEM INTERCALATED WITH XYLEM (PXY) is itself restricted to the procambium (Fisher and Turner, 2007; Etchells et al., 2015). 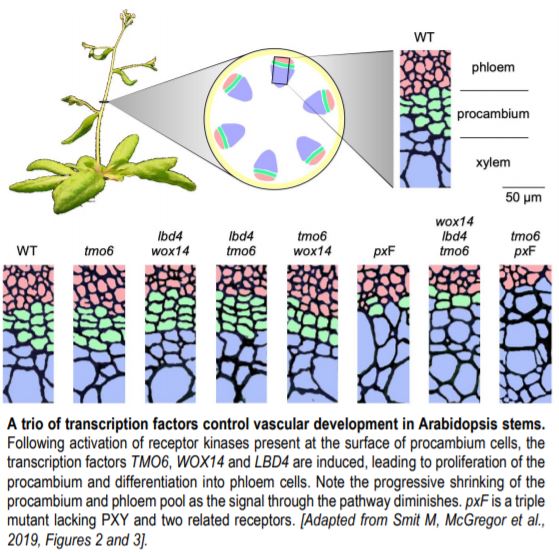 Over the past decade, additional players have been identified, including auxin, other receptor kinases, a glycogen synthase kinase 3, and transcription factors (TFs) belonging to multiple families, which the authors compiled here into a list of 33 genes. They went on to determine whether specific transcription factors coordinated the expression of these regulators. To do this, the authors screened the corresponding 33 promoters against a collection of a little over 800 TFs expressed in the vasculature using an enhanced yeast one-hybrid assay. They identified close to 700 connections between one TF and one promoter. This network is enriched for genes that are transcriptionally regulated by PXY signaling.  But rather than one-offs, the authors were interested in hubs of converging signals: in other words, promoters bound by many TFs.

One attractive candidate was LATERAL ORGAN BOUNDARY DOMAIN 4 (LBD4), whose promoter is the target of the TFs WUSCHEL HOMEOBOX RELATED 14 (WOX14) AND TARGET OF MONOPTEROS 6 (TMO6). They form a feed-forward loop in the phloem/procambium boundary, where WOX14 and TMO6 induce LBD4 expression and potentially link PXY, auxin and cytokinin signaling. They provided a testable framework: Can their transcript levels respond to modulation of PXY ligand or receptor levels? The answer is yes: plants lacking receptor or ligand exhibit lower expression of these TFs, while exogenous application of the ligand raises it (but not in mutants lacking the receptor, as expected).  Next, is this regulatory circuit auxin-responsive? Yes, exogenous application of auxin raises the levels of all three.

Are these changes in expression reflected in predictable phenotypes? Again, the answer is yes. In the absence of active PXY (and related receptors), procambium fails to regenerate and instead differentiate into xylem. Loss of function alleles in WOX14, TMO6, and LBD4 should phenocopy the pxy mutant, and that is indeed the case, but only when all three TFs are missing, indicating functional redundancy (see Figure).

Finally, the authors demonstrate that LBD4 likely defines the procambium/phloem boundary. Plants with higher LBD4 expression, driven from a strong phloem-specific promoter, develop more phloem and procambium. Conversely, the loss of LBD4 largely suppresses the abnormal vasculature caused by ectopic expression of the PXY ligand in the xylem.

Will this new genetic and transcriptional network inform the creation of monster Arabidopsis plants with tree ring-like stems? No, sadly not. But it shows us how to locally nudge the procambium into actively dividing in trees and, ultimately, enhancing xylem production.

Department of Chemistry and Biochemistry 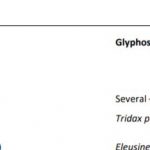 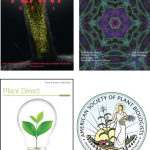 Promoting the value of publishing in society journals: Perspective from ASP...
Scroll to top