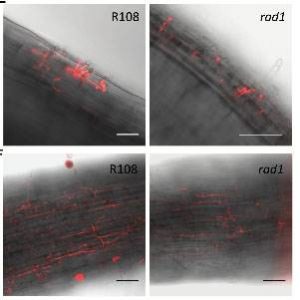 Within the same species, plant responses to pathogens vary depending on the plant genotype. The correlation between phenotypic and genetic variation is a great resource for finding genes involved in plant-pathogen interactions.  By using a set of natural accessions of Medicago truncatula (HapMap population) and by quantifying their susceptibility to an oomycete (Phytophtora palmivora), Rey and colleagues were able to identify a GRAS transcription factor regulating oomycete abundance in the root tissues. Interestingly, the gene identified through the genome wide association study, RAD1, was previously shown to be necessary for the establishment of legume symbiosis with Rhizobia and with arbuscular mycorrhizal fungi. The authors, therefore, show that an overlapping genetic program is mediating root responses both to symbionts and pathogens. (Summary by Marco Giovanetti) J. Exp. Bot. 10.1093/jxb/erx398 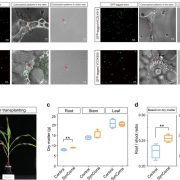 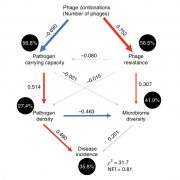 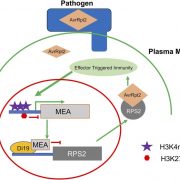 Pollen magnetofection for genetic modification with magnetic nanoparticles as...