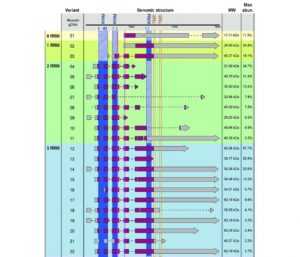 Global climate change is currently affecting the growth and photosynthetic capacities of microalgae, which are major contributors to carbon fixation on Earth. The consequences of global climate change have already had dramatic effects on aquatic ecology. For example, thermal changes have led to coral bleaching by disrupting the symbiosis between corals and their algal symbionts. In addition, the warming of oceans has led to an increase of certain toxic algal blooms.  To understand the short-term acclimation and the long-term adaptation of microalgae to changes in ambient temperature, it is essential to identify and characterize the molecular components that sense small temperature changes.  Li et al. (10.1104/pp.18.00972) have used the green microalga Chlamydomonas reinhardtii as a model system to study responses to small, non-stressful temperature changes. They report that the expression of an RNA recognition motif (RRM)-containing RNA-binding protein, Musashi, is remarkably pronounced in response to small changes in temperature.  Musashi. Musashi proteins have been well investigated in Drosophila and mammals, where they fulfill a variety of biological functions including translational control, polyadenylation, signaling events, and are also involved in disease. In contrast to this broad knowledge of Musashi functions in animals, little is known about their function in plants. The most abundant Musashi splice variant, 12, interacts with two clock-relevant members of RNA metabolism, the subunit C3 of the RNA-binding protein CHLAMY1 and the 5ʹ-3ʹ exoribonuclease XRN1. These proteins are able to integrate temperature information by up- or down-regulation of their protein levels in cells grown at low (18°C) or high (28°C) temperature. Intriguingly, Musashi variant 12, as well as C3 and XRN1,  confer thermal acclimation to C. reinhardtii. The data presented suggest that these three proteins of the RNA metabolism machinery are key members of the thermal signaling network in C. reinhardtii.

The H+/K+ Antiporters of Endosomal Membranes