Some plants such as Zea mays partition different components of the photosynthetic pathway in mesophyll cells (MC) and bundle sheath cells (BSC) in a process known as two-cell C4 photosynthesis. For example, light-harvesting reactions carried out by photosystem I and II (PSI and PSII) occur only in the mesophyll cells. Due to the way these cells are arranged in the leaf, they receive different amounts of light. Because bundle sheath cells are located interior to mesophyll cells, the light that reaches the bundle sheath cells is depleted of shorter-wavelength blue light. Hendron and Kelly show that the differential light perception in MC and BSC cells allows the differential accumulation of photosynthetic transcript in the C4 crop Zea mays. Using transcriptomics in de-etiolated seedlings illuminated with blue light or red light, the authors found that blue light promoted the expression of genes that facilitate translation, import and assembly of PSII into the chloroplast; thus, the enrichment of blue-light in the mesophyll cells may reinforce the partitioning of photosynthetic processes. A similar experiment was carried out in Arabidopsis but the differential light responses were not observed. As the authors summarize, “the  difference between mesophyll and bundle sheath cells in C4 species may be in part just a trick of the light.” (Summary by Cecilia Vasquez-Robinet) Plant Phys. 10.1104/pp.19.01053 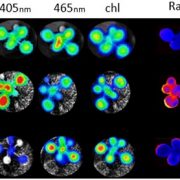 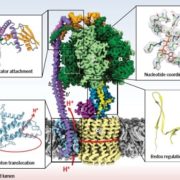 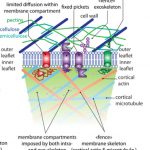 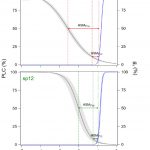 Over‐accumulation of abscisic acid in transgenic tomato plants increases the...
Scroll to top