The importance of Ca2+ in animal physiology led to the development of an extensive pharmacological toolbox to manipulate specific groups of Ca2+ channels. Simple drug treatments allow for the manipulation of specific Ca2+ channels, thereby providing insights of which Ca2+ channels are involved in any process of interest. Unfortunately, the Ca2+ signaling machinery in plants has diverged significantly from the one in the animal kingdom, with many of the Ca2+ signaling components of animals being absent in plants and vice versa. For instance, 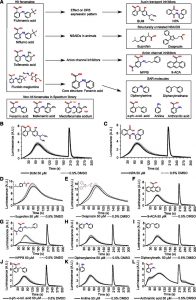 channels associated with muscle and nerve Ca2+ signal transduction in animals, such as L-type voltage-dependent Ca2+ channels, inositol 1,4,5- triphosphate receptors, and ryanodine receptors, are either missing or significantly different in plants. Hence, many Ca2+ channel inhibitors established in animal systems are arguably of limited use in plants. Thus, there is an important need to develop Ca2+ channel inhibitors directly in plant systems to stimulate research in plant Ca2+ signalling. De Vriese et al. (10.1104/pp.18.01393) have developed a chemical screen to identify small molecules that modify the shape and amplitude of auxin-induced cytosolic Ca2+ dynamics and use them to further explore the role of Ca2+ signaling in cellular auxin responses. They report that auxin-induced Ca2+ signaling is highly sensitive to disruption of membrane proton gradients and the mammalian Ca2+ channel inhibitor bepridil. Whereas protonophores non-selectively inhibited auxin-induced and osmotic stress–induced Ca2+ signals, bepridil specifically inhibited auxin-induced Ca2+. Bepridil also severely alters vacuolar morphology and antagonizes auxin-induced vacuolar remodeling. Further exploration of this plant-tailored collection of inhibitors will lead to a better understanding of auxin-induced Ca2+ entry and its relevance for auxin responses. 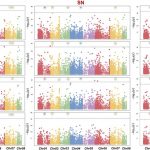 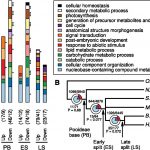 Evolution of Frost Tolerance in the Pooideae
Scroll to top