For a number of crops agricultural yields have been boosted by the phenomenon of heterosis or hybrid vigour, where a hybrid outperforms either parent. Understanding the various mechanisms by which heterosis arises may facilitate the breeding of hybrids with increased vigour for further crop varieties or species. Vigour can be determined by measurement of a number of traits from seed yield and plant biomass through to biotic and abiotic stress resistance. Trade-offs may exist between some of these traits such that breeding for one may negatively affect another desirable phenotype (e.g. defence vs growth; (Alrbecht et al., 2017). A number of plant hormones act in regulating plant growth and defence with both synergistic and antagonistic effects. Maize (Zea mays) and rice (Oryza sativa) are two key crops for which heterosis has increased yields. In rice, altered regulation of gibberellic acid and abscisic acid biosynthesis genes can lead to hybrid vigour(Chen et al., 2018), while factors that contribute to heterosis in maize including the masking of recessive deleterious mutations (Yang et al., 2017) and changes in the epigenetic landscape associated with subsequent gene expression (Seifert et al., 2018).

As for many biological processes, Arabidopsis thaliana has been used as a model in the study of hybrid vigour, with a number of pathways and genes that contribute to heterosis identified over the past decade. For Ler x C24 hybrids of Arabidopsis, auxin signalling and transport pathways, as well as epigenetic regulation of genes have been identified as mechanisms of heterosis (Groszmann et al., 2011; Shen et al., 2012). These studies confirm the potential for hormone signalling and epigenetic regulation of gene expression to contribute to hybrid vigour. For C24 x Col-0 hybrids, heterosis in rosette growth is linked to up-regulation of photosynthesis genes and down-regulation of stress response genes that are co-regulated by the circadian clock (Miller et al., 2015). Although far from a comprehensive, these previous studies demonstrate the complexity of heterosis, which has different causes between hybrids and species and multiple factors contributing to heterosis within a single hybrid. In contrast to the varied mechanisms of heterosis, the opposite phenomenon of hybrid incompatibility or hybrid weakness is frequently based on up-regulation of defence response genes (Chae et al, 2014).

In this issue of Plant Physiology, Ian Greaves’ group at CSIRO Agriculture and Food in Canberra further explored the basis of heterosis in C24 x Ler hybrids of Arabidopsis (Gonzalez-Bayon et al., 2019). This study builds on their previous body of work showing that hormone pathway and biotic response genes are differently expressed in hybrids of C24 x Ler, C24 x Col-0 and Col-0 x Ler  (Groszmann et al., 2015). The group has previously shown that a reduction in the defence hormone salicylic acid leads to increased vigour in C24 plants, while decreased salicylic acid  and auxin responses are present in C24 x Ler and C24 x Col-0 hybrids (Groszmann et al., 2015). Based on these results, the authors hypothesized that hybrid vigour can in some instances be the reverse of hybrid incompatibility, i.e. that down-regulation of defence response genes in a hybrid may lead to heterosis.

In the current paper, the authors have explored further the role of salicylic acid in C24 and C24 x Ler hybrids. The authors confirmed their previous finding that decreasing salicylic acid levels in C24, through the introduction of a bacterial NahG gene that converts the hormone into inactive catechol, leads to an increase in plant size after 21 days of growth. Whether a further reduction in salicylic acid levels in the C24 x Ler hybrid would also lead to an increase in growth has not been not tested, although the fresh weight of mature C24 NahG rosettes was equivalent to that of the C24 x Ler F1 plants. However, the hybrids were larger than either parent or the C24 NahG plants early in growth, indicating that there is an additional heterosis mechanism other than salicylic acid active during seedling establishment.

Through a detailed transcriptome comparison of C24 NahG, Ler NahG, and F1 C24 x Ler plants to the mid-parental value, Gonzalez-Bayon and colleagues found that the majority of differentially expressed genes were down-regulated, rather than up-regulated, and therefore focused on this subset of 771 repressed genes. Unsurprisingly, genes within the salicylic acid biosynthesis pathway were down-regulated in the C24 NahG and hybrid lines, consistent with salicylic acid levels being lower than the C24 value in these lines. In the Ler NahG line, where salicylic acid levels were not significantly reduced beyond the already low levels of the hormone in the Ler wild-type, various salicylic acid-responsive defence genes were also down-regulated, but to a lesser extent. In the C24 NahG and hybrid lines, lower gene expression was largely due to a reduction in expression of C24-derived genes rather than the Ler genes.

Down-regulation of defence responses may facilitate increased plant growth as a trade-off between growth and defence generally is accepted in plant biology (Karasov et al., 2017) (although this connection is not absolute, see Campos et al., 2016). One important salicylic acid-inducible regulatory gene that has been linked to the balance between growth to defence is TL1 BINDING TRANSCRIPTION FACTOR 1 (TBF1; Pajerowska-Mukhtar et al., 2012), a gene whose transcript levels were significantly reduced in the F1 hybrids and C24 NahG plants. Likewise, genes connected to salicylic acid-induced senescence were down-regulated in these lines, which Gonzalez-Bayon and colleagues linked to a brief delay in senescence providing leaves with a longer period of maximum photosynthetic potential.

Previously, the Greaves group has reported that increased plant size in C24 x Ler F1 hybrids and C24 NahG plants is partially due to increase in cell size (Groszmann et al., 2015). In the current paper, they expand on this interesting result, showing that a handful of genes associated with increased cell size (encoding expansins and xyloglucan modifying proteins) were up-regulated in these lines, while extensins that limit cell size were down-regulated. Whether these genes act downstream of salicylic acid remains to be explored.

In summary, down-regulation of salicylic acid levels can increase growth in an accession with unusually high salicylic acid levels. In comparison, a hybrid from this accession that exhibits heterosis also showed down-regulation of salicylic acid-regulated defence genes. Both genotypes exhibit delayed senescence, allowing leaves to contribute more to growth through a prolonged period of maximum photosynthetic capacity. However, as evidenced by i) the small size of the Ler parental line despite its low levels of salicylic acid, and ii) previous literature, hormone levels are only one part of the jigsaw puzzle in plant growth and heterosis.

The wider impact of the research presented by Gonzalez-Bayon and colleagues is that selection for down-regulation of the salicylic acid pathway in inbred accessions may prove to be a viable strategy to increase plant size and hence crop yields. Whether this approach is also useful for hybrids will require further investigation and may only be effective in cases where one parent has uncommonly high salicylic acid levels to begin with. 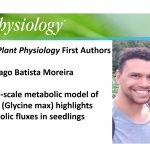