In Arabidopsis thaliana and related species within the Mustard family (Brassicaceae), the tryptophan (trp)-derived antimicrobial metabolite camalexin (3-thiazol-2-yl-indole) plays a central role in defense against bacterial, fungal, and oomycete pathogens. Upon pathogen attack, cytochrome P450 monooxygenases involved in camalexin biosynthesis (CYP71A13 and PAD3) are upregulated via the WRKY33 transcription factor, which itself is activated by pathogen-triggered MAP kinase signalling cascades (Mao et al., 2011). Intracellular camalexin is ultimately shuttled towards the plant-pathogen interface to suppress microbial growth and to limit the cytotoxic effects of camalexin over-accumulation in plant cells.

The PDR/ABCG (Pleiotropic drug resistance/ATP-binding cassette G) transporter protein PEN3 (PENETRATION3) is a critical component of extracellular biochemical defenses and is implicated in transporting an unresolved complement of trp-derived antimicrobial metabolites (Piasecka et al., 2015; Stein, 2006). In this issue of The Plant Cell, He et al. 2019 interrogated PEN3 and other PDR family proteins to identify transporters that direct camalexin towards invading pathogens. The authors first performed reverse transcription quantitative PCR (RT-qPCR) and promoter-GUS reporter analyses to profile the expression of PDR family members during infection of Arabidopsis with the fungal pathogen Botrytis cinerea, revealing a strong induction of PEN3 (PDR8) and PDR12 during infection. To determine the relative contribution of these loci to biochemical defense, the authors challenged wild-type controls, pen3 and pdr12 single knockouts, and pen3 pdr12 double mutants with B. cinerea spores. Intriguingly, pen3 pdr12 double mutants displayed a drastic increase in disease susceptibility relative to single knockouts or wild-type plants, suggesting redundancy in the immune-related roles of these two PDR transporters. 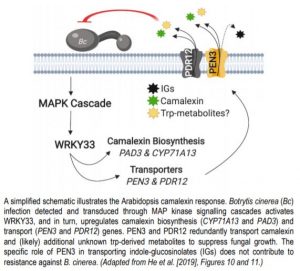 The redundant contribution of PEN3 and PDR12 to immunity suggested the transport of an overlapping set of trp-derived antimicrobials. While PEN3 is known to translocate indole-glucosinolate (IG) metabolites derived from the myrosinase PEN2 (Lu et al., 2015; Piasecka et al., 2015), the authors could not support a role for PEN2-derived IGs in providing resistance to Botrytis and PDR12 did not transport these metabolites. Rather, analysis of whole seedling exudates revealed severe defects in the secretion of camalexin in pen3 pdr12 double mutants infected with Botrytis. The pen3 pdr12 secretion defect produced an over-accumulation of camalexin in planta, leading to enhanced sensitivity to the cytotoxic effects of exogenous camalexin treatment relative to wild-type controls or single mutants.

The upregulation of camalexin biosynthesis genes (CYP71A13 and PAD3) requires the MPK3/6-dependent activation of WRKY33 (Mao et al., 2011). Through a series of RT-qPCR and ChIP (chromatin immunoprecipitation)-PCR experiments, He et al., (2019) determined that WRKY33 similarly regulates PEN3 and PDR12, solidifying WRKY33 as a master regulator of the camalexin response pathway. Collectively, this allowed He et al. 2019 to present a functional biochemical defense system that is centered on the biosynthesis and transport of the antimicrobial metabolite camalexin (Figure 1). While PEN3 and PDR12 exhibit redundancy in their contribution to resistance via camalexin transport, their differential involvement in transporting IGs and unknown trp-derived metabolites represents an intriguing future direction that may provide further insight into the evolutionary history and function of the PDR family.

Part of the Stack; How Does a Protein Know its Place? 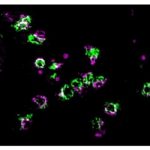 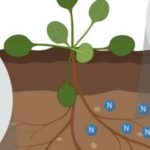