Brief bio:  My graduate work in the lab of Dr. Sidney Shaw focused on how the microtubule cytoskeleton organizes and influences cellular morphogenesis in Arabidopsis.  I was specifically interested in the mechanisms that organize cortical microtubules into distinct array patterns to direct anisotropic expansion of hypocotyl cells.  In this fascinating acentrosomal system, we discovered that all non-transverse patterns share a common underlying split bipolar microtubule array architecture, in which the “midzone-out” polymer arrangement appears to be opposite that of the plant phragmoplast and bears similarity to the radial arrays found in animal and fungal cells.  Interestingly, our subsequent study of microtubule array reorganization to a transverse coalignment found that the split bipolar architecture persists when new gene expression is blocked by treatment with the translation inhibitor cycloheximide.   These findings suggested a direct genetic control of microtubule array pattern formation that was only beginning to be uncovered, and I became more intrigued by the cell biological mechanisms that govern polymer systems and promote cell morphogenesis.  I am currently working in the lab of Dr. Michelle Mendoza and studying the mechanisms of actin-driven cell motility and cancer metastasis.

Natural Artist: How a Protein Kinase Helps Sculpt the Pollen Grain Surface From... 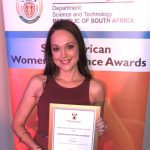