Brief bio: I was born and raised in Kolkata (or Calcutta), India. After earning my Bachelors and Masters in Microbiology at the Calcutta University, I took an offer to join the TCG life Sciences Group as a Research Biologist in 2003. Three years later, I left my hometown for the first time to join Dr. Hyung-Taeg Cho’s lab at the Chungnam National University (later at Seoul National University) in South Korea as a PhD student to investigate the directional flow of the plant hormone auxin in Arabidopsis. Later for my postdoc I moved to USA to join Dr. Ram Dixit’s lab at the Washington University to study the role of the microtubules in the formation of the plant cell wall. Since 2019, I am working at the University of Virginia as a research assistant professor trying to understand the function of the cytoskeleton in cellular endocytosis. During my time in the Dixit lab, I was interested in identifying the role of FRA1, a motile kinesin-4 motor, in regulating microtubule dynamics and plant cell wall formation. Our paper here, shows how FRA1 affects the positional stability of its own track by directly regulating the localization of a couple of microtubule associated proteins on the cortical microtubules. 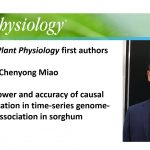 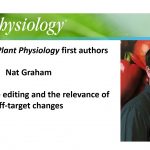