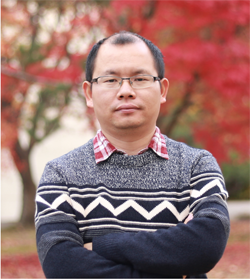 I strarted my scientific career in Prof. Shen’s lab, Nanjing Agricultural University, as a master’s student studing NO function in plant abiotic stress, where we found that NO can rescue the wheat root under salty stress by delaying programmed cell death of root. In my subsequent PhD study in Prof. Delledonne’s lab, I have been working on NO and investigating its role in plant–pathogen interactions, in particular the Pseudomonas syringae pv. tomato(Pst) – Arabidopsis interaction during plant disease resistance. We found that during the hypersensitive response the plant host employs NO-mediated S-nitrosylation to disarm the type III effector HopAI1, which targets and suppresses MAPK signaling, and restores plant immunity. Later, I moved to Korea Research Institute of Bioscience & Biotechnology and continued working on the role of plasma membrane phospholipids during systemic acquired resistance in Arabidopsis.