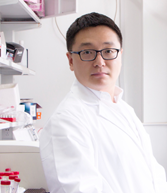 Non-scientific Interests: Photographing, popular science writing (tens of thousands of followers at ‘zhihu’, a Chinese SNS website), volunteering at a local stray animal rescue program. When I began my graduate school experience as a PhD student in 2011, the research into epitranscriptomics, or “RNA epigenetics”, was just launched along with the discovery of the first m6A demethylase FTO, but I did not participate until 2013. At that time, I was just preparing my doctoral dissertion proposal, and Dr. Guifang Jia, who discovered the first RNA modification m6A demethylase-FTO in 2011, intended to extend the epitranscriptomics research from mammals to higher plants. Therefore I joined the project and started my long journey to pursue these tiny modifications and their functions in Arabidopsis. In the years before that (2011~2013), I had focused on a project of protein/nucleic acid complex crystalization (the protein, ALKBH3, was proved to be an mRNA m1A demethylase later), receiving scientific training on protein biology, nucleic acid biology, and enzymology, so I decided to seek the m6A demethylase of plant mRNA first. ALKBH10B, as reported in this paper, is one of a series of candidates. It provides evidence that m6A modification is reversible in plants, which is a new layer of post-transcriptional regulation. At present, I am working on other demethylase candidates, the role of m6A in nuclear mRNA processing and a new plant-specific RNA modification.

Next Generation of Training for Arabidopsis Researchers: Bioinformatics and...

Update: The plant trans-Golgi network. Not just a matter of distinction.
Scroll to top