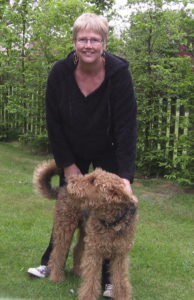 Jane Langdale received a PhD in human genetics from the University of London. For her postdoc, she switched to plant genetics, working with Tim Nelson at Yale University on maize leaf development. In 1990, she returned to the UK to set up her own research group at the University of Oxford, where she has remained since. She was initially funded by independent research fellowships, was appointed as a University Lecturer in 1994 and then Professor of Plant Development in 2006. She was elected a member of the European Molecular Biology Organization in 2007 and a Fellow of the Royal Society in 2015.

What turned you on to biology in the first place? I had a really enthusiastic teacher in high school — he was just so excited about everything he taught that you were brought along in the wave.