From the Ground Up

February 1, 2017 profile of Elliot Meyerowitz from The Scientist. http://www.the-scientist.com/?articles.view/articleNo/48064/title/From-the-Ground-Up/ 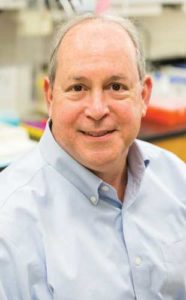 “About 15 years ago, I gave a talk on plant development in a session focused on animal development at the American Society for Cell Biology meeting. Before I even got up on stage, about half of the 10,000 people in the audience started to walk out. That’s an example of animal scientists not having any interest in plants. And I don’t care that they learn from me necessarily, but I think if they were more open-minded about plant research, biology overall would benefit. I think a lot of people don’t realize that many things found in animals were first discovered in plants—viruses, the cytoskeleton, transposable elements, microRNAs. Of the three major theories in biology—on cells, genes, and evolution—the cell and gene theories originated from the study of plants.”