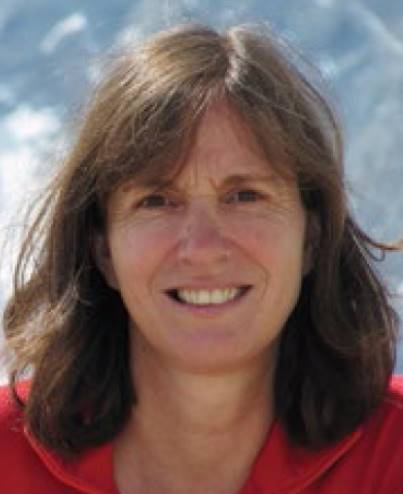 Marja Timmermans began her scientific career at Cold Spring Harbor Laboratory (CSHL) after completing her studies in the Netherlands and at Rutgers University and Yale University. In 2015, she joined the Center for Plant Molecular Biology at the University of Tubingen after being awarded Germany’s most prestigious international research award, the Alexander von Humboldt Professorship. Marja’s research focuses on developmental genetics, specifically on the formation and patterning of leaves. Her team has made several internationally acclaimed discoveries and explained key mechanisms behind leaf development and the role of mobile small RNAs in leaf polarity. She is one of the most highly respected plant geneticists in the world. She serves on the editorial board of several professional journals and on selection panels of organizations like the National Science Foundation and the Human Frontier Science Program.

What was your motivation for choosing plant science as a career?

Actually, the decision to seek a career in science came quite late. As a child, I dreamed of becoming a detective who solved crimes, like in the mysteries I used to read. Only because I was too young to join the police academy did I go for a bachelor’s degree in science. This was in the Netherlands, where I also worked for several years as a technician before deciding to move to the United States. That proved to be a key decision.Labs were different, less hierarchical than what I had experienced, and I became more integrated into the actual scientific process. This was exciting! Science became less of a job and more about applying logic, skills, and deductive reasoning to solve problems, just of a different nature than I had envisioned as a child. So I decided to pursue a PhD and a career in science. As for plants, after some experience with microbiology and mouse tissue culture, I knew I wanted to use genetics to study biology at the whole organismal level. Plants offered tremendous possibilities, and so I went for it.

Who or what influenced you the most in your early career to be the scientist you are today?

There is not just one person or event, but joining Tim Nelson’s lab at Yale University as a postdoc set the stage for my current research and likely also my mentoring style. He gave me tremendous freedom but could be counted on for advice. The plant group at Yale also provided a stimulating environment that simplified the transition into developmental biology for me. Colleagues were interactive, helpful, and constructively critical. It was perfect for me.

Please describe your journey from being an international student in the United States to becoming a successful independent scientific leader.

I’m not sure what to say. I don’t think there was anything particularly special about how my career developed. I loved what I did, worked hard, followed my ideas even when risky, listened carefully to advice, and took  advantage of opportunities to interact with colleagues from all over the world. In addition, there was a bit of luck. The first leaf polarity mutants we cloned all showed connections to small RNAs. This was at a time when the RNAi and small RNA field was gaining tremendous importance. This work gave me visibility early in my career. Obviously, you still need to know what questions to ask and to be able to carve an interesting niche for yourself within a competitive field, but my career might have gone differently had the first polarity mutants turned out to be something else.

Do you see barriers for women in science? What are your suggestions to improve the situation?

Tough question, and not easily addressed in this short interview. Inequality manifests itself in many different ways, ranging from seemingly innocuous differences in the day-to-day interaction between colleagues, to real biases in hiring and promotion practices, to the perception of scientific quality. Improving the situation will take time. In particular,societal preconceptions that influence women’s personal decisions to pursue a career and that often unjustly come into play when women are considered for jobs, promotions, awards, and so forth are not easy to change. Studies have shown that family and other matters not directly related to science, even looks and personality, are far more likely to be brought up in discussions of female versus male candidates. Increasing the representation of women among faculty, on committees, and in other types of leadership positions will be essential, but I’m not a fan of quotas. Although I can see how these could speed up the process, they can have negative repercussions. This is 2017! There are many excellent female candidates for each of these functions, and likewise for opportunities such as invited speakers, keynote addresses, awards, and other occasions leading to visibility. The effort just needs to be made.

What experiences and training do you think are important for early career scientists?

As a scientist, you need to be a jack-of-all-trades. Early on, technical competence and the ability to easily adopt the latest techniques are essential. Equally important is to really know the system or biological process you are studying. The famous book about Barbara McClintock, A Feeling for the Organism by Evelyn Fox Keller (W. H. Freeman, 1983), captures that well. Think deeply and critically about your work. What are the data telling you, what not, and  how exactly does it all fit into the big picture? Perhaps related to that, learn to take risk. Many breakthroughs stem from observations that didn’t at first make sense. However, the ability to recognize when to pursue and when to drop something is key. You also need to learn how to communicate effectively. The work can be terrific, but if it isn’t presented well, the impact is likely to be lost. A common mistake is to go into so much detail that it blurs the main message. Keep it simple. Typically, less is more. Perhaps try to see how good speakers structure their presentations or writers their papers. Finally, you need management skills, something we don’t train for. More and more institutions have mentorships for junior faculty. If yours doesn’t, try to arrange one. There will be lots of situations for which your PhD and postdoc did not fully prepare you.

What are your experiences organizing the CSHL plant course?

I love it! A lot goes into organizing this course, but every minute is worth it. The students taking the course are enthusiastic and eager to be there, and each year there is true talent among the participants. The topics covered are also more diverse than what I routinely read or hear, and so I learn a lot. Still, it is the interactions with the students as well as co-organizers and instructors that I particularly enjoy. The course’s unique setting spurs many interesting discussions, and then there are the informal interactions. Through the late nights on the course lab balcony or at the bar, you get to know the students individually,and these interactions are really rewarding. If you get the opportunity to participate in the course, whether as a student or an instructor, I highly recommend it.

Share your experiences on being awarded the prestigious Alexander von Humboldt Professorship.

It is a tremendous honor. Six such professorships on average are awarded each year across all disciplines. There are few biologists among the recipients, and I was the first plant scientist to receive this award. It opens doors and provides real opportunities. In addition to the honor, the award comes with a substantial sum of money to establish a new research group in Germany. This allows me to pursue some challenging problems that are not easily approached through three-year renewable grant cycles. I was always interested in returning to Europe; the Alexander von Humboldt Professorship made that so much easier.

How was your transition from CSHL to Tübingen?

I received tremendous support from my family and my new colleagues at the University of Tubingen, which made the transition far easier than it could have been. Moving requires adjustment, but moving to a new country is extra challenging. Aside from the actual science, everything is organized differently in Germany compared with the United States. This has led to some funny anecdotes as well as the occasional frustration; stereotypes are based on some level of truth. Still, looking back on the past year or so, it has been an exciting and overall very positive change. There are still some challenges ahead of me, such as in teaching, but for now I am enjoying the new life.

Can you shed some light on similarities and differences in the way science is done in these two premier research institutes?

The two institutions show more differences than similarities. CSHL is unique. In the United States, there are few places that resemble it. In some way, the fact that Tubingen and CSHL are so different made the transition easier. I like both places and see pros and cons for each. I’ll mention one point that I value for each. At CSHL, I value the interdisciplinary interaction facilitated by its small size and access to the many meetings and courses. These have greatly influenced the research my group has done. At Tubingen, I very much appreciate that the constant worry about funding that affects most of the U.S. science community is barely noticeable. This changes the scientific atmosphere. I see a greater emphasis on basic research here, and a willingness to take on high-risk or long-term projects. Some pressure is good, but too much stifles creativity. Perhaps science here is still more about curiosity than fundability. Time will tell.

What scientific advances and discoveries do you think have impacted plant scientists most in recent years? How have these discoveries influenced your research directions?

Well, there are many, and probably the longer I think about this question, the more will come to mind. So let me name just three that relate directly to the work we do:

What are the key qualities you seek in a potential team member?

Number 1 is passion. It is really important that the candidate be excited about science and the research we do. I further look for intellect, someone who is logical and can arrive at testable hypotheses; technical skills, particularly the ability to learn or adopt new technologies; communication skills; independence; and team spirit.

What is your ideal relaxation after a busy day of work?

I am not a morning person and so tend to work late into the evening. After coming home, I don’t typically do too much—work on a sudoku, read a book, or watch some TV. However, I like to be active on the weekends, go into the city. This used to mean Manhattan, but now my husband and I often go to Amsterdam to see an exhibit, have dinner, or see family or friends. On other weekends we do the exact opposite and go out into nature. My husband lives in Switzerland, and we love to go hiking in the Alps.

“How to Read a Scientific Paper” and “Case Study: Reading a Plant Physiology...

Profile of Elliot Meyerowitz from The Scientist (2017)
Scroll to top