Due to the COVID-19 pandemic many seminar series and conferences have been canceled or postponed. In response to this, and to make sure plant scientists can continue to communicate their latest work to their peers, The American Society of Plant Biologists launched a virtual seminar series via our online community, Plantae. This is the twelfth seminar in this new series, each of which features two speakers (read more). A list of upcoming seminars and recorded videos can be found here.

Jiří Friml is a Professor at the Institute of Science and Technology (IST) in Austria. He received PhDs from the University of Cologne, in Germany, and Masaryk University, in Brno, Czech Republic. Before moving to IST, he was a Group Leader and Professor in Tübingen, Göttingen, and Ghent. He has won numerous awards including ASPB’s Charles Albert Shull Award, the EMBO Gold Medal, and more recently the Neuron Award for Contribution to Science from the Czech Republic. His research focuses on mechanisms underlying plants’ adaptability during embryonic and postembryonic development, with a particular interest in the mechanisms of polar auxin transport. 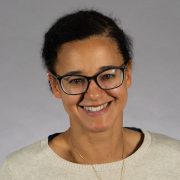 Nicola Patron: Reconstructing regulation:  Can biological complexity be reverse engineered?
Nicola Patron is a Group Leader at the Earlham Institute in Norwich, UK. She has a PhD in plant molecular biotechnology and did post-doctoral research at the John Innes Centre and University of British Columbia (Canada). After a research stint in Australia, she returned to the UK to head a new Synthetic Biology venture at The Sainsbury Laboratory in Norwich before moving to the Earlham Institute. Her research focuses on engineering photosynthetic organisms for industrial biotechnology and crops that are healthier to consume and less environmentally damaging to cultivate. @nicolabiologist
elink.io | See Original
Recognizing Plant Physiology authors: Yuta Kikuchi 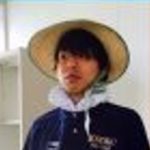 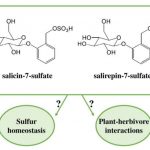 Sulfotransferase 1 is the enzymatic hub of sulfated salicinoids in poplar.
Scroll to top