Due to the COVID-19 pandemic, many seminar series and conferences have been canceled or postponed. In response to this, and to make sure plant scientists can continue to communicate their latest work to their peers, The American Society of Plant Biologists launched a virtual seminar series via our online community, Plantae. This is the first video in this new series, each of which features two speakers (read more). A list of upcoming seminars and recorded videos can be found here. 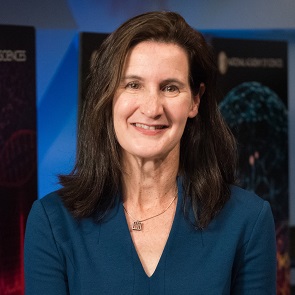 Dominique Bergmann: Adjusting to a changing world: stomata edition
Dominique Bergmann is a Professor at Stanford University. She was an undergraduate at the University of California, Berkeley, and received her PhD from the University of Colorado, Boulder, followed by a postdoc at the Carnegie Institute, Department of Plant Biology. Her work focuses on specialized structures called stomata and the role of asymmetric cell division and cell-cell communication in their formation. @stanfordstomata 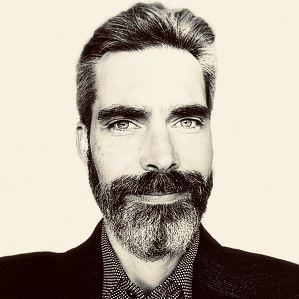 Matthew Gilliham: GABA signalling in guard cells acts as a ‘stress memory’ to optimize plant water loss
Matthew Gilliham is Director of the Waite Research Institute at the University of Adelaide. Matthew gained a BSc in Ecology from Lancaster University and a PhD in Plant Physiology from the University of Cambridge, UK, followed by a postdoc at Cambridge before emigrating to Australia. His research focusses on crop plant nutrition and stress resilience with a focus on salinity and drought tolerance. @IonPlants

Q: Hi Dominique, I have a question about the stomatal development stages, I noticed that most TFs we understand are known until the pore formed guard cells, what about the later stages, do we know any master regulators control further development of guard cells. For the process of guard cells that still grow larger and the wall is still actively changing.

A: There definitely has been more focus on early development than on the aspects of stomatal differentitation. One might guess that targets of FAMA might represent some of these factors. SCAP1 and MYB60 are expressed in guard cells and do have some roles in function.

Q: Some flowers seem to have stomata, what might be the function of such floral stomates?

A: Some people hypothesis that stomata aid in “local photosynthesis” for fruit production.  Diarmuid O-Maoiledigh at Liverpool is starting up a research group on similar topics https://omaoileidigh.org/

A: This is a complex question because SPCH activity is a property of which cells express it, how highly they express it and probably something related to its binding to SCRM1/2 (bHLH partners) and also phosphorylation status.  There’s a lot to learn still!

Q: Great presentation. My question is- once the plant makes a certain number of stomata at one temperature and reduces the number at different temperature. What happens to the already made stomata?

A: This is a really interesting question that should be technically do-able, but we haven’t tried.  Because leaves emerge at predictable times, you could potentially do a temperature shift when a leaf was developing and then shift back and ask whether stomatal opening, closing or other responses were different that you’d expect from a plant always grown and measured at the same temperature.

Q: In WT plants, are there aborted guard cells that express SPCH but do not differentiate to stomate?

A: In Arabidopsis, we only see aborted cells when we mis-express SPCH. In other plants like tradescantia there are some stomatal precursor cells that abort in the course of normal development (probably as a way to adjust numbers in a different way)

A: Almost certainly yes.  Julian Schroeder did some experiments with carbonic anhydrase mutants (that have movement defects) and they have a stomatal development effect that I think could be attributed to a feedback effect–the function of old leaves might affect the development on the new leaves.

Q: Thinking in the context of climate change, is anyone looking at how CO2 levels alter stomatal density?

A: There is some classical literature about effects of differing [CO2] on stomatal density on many species. I’d check out folks at The University of Sheffield to see if there is anything more recent.

Q: Thanks for the wonderful talk. How would you link the single-cell sequencing results to answer your biological question?

A: One big question for us is whether cells that express SPCH (and are therefore acting a “stem cells” are all the same, or if ones that have divided a few times already are different from newly formed ones.  We hope to use scRNA-seq to see if we can find differences in the genes they express at different stages.

A: We cannot use the standard form of this pathogen in Australian (DC3000) due to quarantine restrictions. We have used pathogen elictors though and GABA is effective against these.

Q: We can see from the figure that GAD1 is highly expressed in roots. So i wonder if there is any role of GABA in root development especially in drought condition??

A: GAD1 is the major root isoform. This is an interesting question and something that should be looked at. Our study was focused in this instance on guard cell and leaf GABA.

Q:  Did over-expression of GAD2 also increase leaf area? If so, do you think this is a compensation phenotype?

A: No. Leaf area was the same.

Q: Under drought conditions, does GABA function to close stomata as ABA? So, under certain conditions, ABA and GABA work in the same direction?

A: We have not been able to close stomata with GABA. So GABA only appears to be antagonistic to ABA.

Q: Are ALMTs the only receptors of GABA or other ion channels are also regulated by GABA?

A: We have not yet found other targets, and the results seem to be consistent with ALMTs being the major target, but obviously the absence of evidence doesn’t mean there are not other unknown targets.

Q: Does GABA affect the growth of plants?

A: GABA can be supplied as a C:N source in the absence of other C:N sources. All of our assays are either leaf feeding with GABA or applied directly to the surface of tissue over short term experiments. Also, our knockout or OEX plants do not have any growth phenotype so we don’t believe any of the effects are due to an alteration in growth. 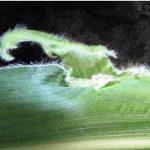 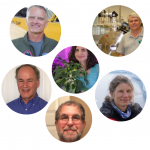