Strategies on how to maximize the moment as a junior faculty 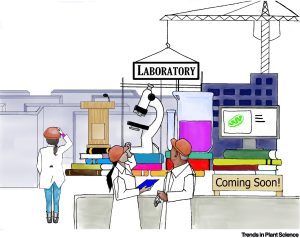 On the academic job hunt? Bookmark this article, which provides valuable information about what to do when your search is successful. The time between getting an offer and accepting it is the most critical time for you to negotiate to get the resources you need, such as space, equipment, institutional resources and support, and even help with a mortgage. Usually, the outcomes of these negotiations are not shared publicly, but evidence shows that there is a significant gender gap in the outcomes (see It’s all in the details: start-up packages and ongoing gender bias in academic medicine). Be bold and believe in your worth; if they have offered you the position, they want you to accept it and will try to accommodate your needs. The second part of the article lays out how to set yourself up for success in the first few months after starting a new faculty position. In most cases, the tenure clock will be running, so have a plan and prioritize getting publications and grants. Many institutions offer lighter teaching and committee loads during the first year – if these aren’t included in your offer, ask for them, and remember to say “no” to invitations as needed! (Summary by Mary Williams @PlantTeaching) Trends Plant Sci. 10.1016/j.tplants.2022.07.006

Predicting the interactions of RETINOBLASTOMA RELATED PROTEINS across the Chloroplastida 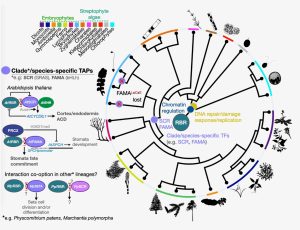 RETINOBLASTOMA-RELATED (RBR) is the plant homolog of the metazoan Retinoblastoma protein (pRB) tumor suppressor and is a conserved cell cycle regulator. RBR has been linked to several multicellularity-related processes, such as controlled cell proliferation, stem cell regulation, and asymmetric cell division. These RBR activities are achieved via protein-protein interactions; however, it is not clear how these interactions and functions have diversified throughout evolution. Recently, J. León Ruiz and A. Cruz-Ramirez identified the potential RBR protein interactions in plant lineages with different morphologies, physiologies, and developmental processes. First, the authors detected high conservation in the RBR proteins at the structural level, for instance, in the LxCxE-cleft, which is responsible for mediating protein interactions; however, other features, such as phosphorylation sites, are not similar in some RBR orthologues. To find the potential RBR interactors, the authors searched for LxCxE-containing proteins in the genome of 29 representative species. A gene ontology classification revealed that most LxCxE-containing proteins are associated with chromatin regulation at different levels. Interestingly, other potential RBR-LxCxE associations were detected with transcriptional regulators, but they were mostly species- or clade-specific. This work provides a valuable resource for the characterization of novel RBR functions in different clades, including some emerging evo-devo models such as Physcomitrium patens, Marchantia polymorpha, and Ceratopteris richardii. (Summary by Humberto Herrera-Ubaldo @herrera_h) Plant J. 10.1111/tpj.16012 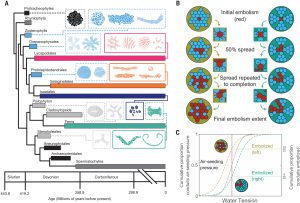 The earliest terrestrial plants had relatively small, simple forms. The evolution of water-conducting cells provided opportunities for increased size. However, water movement by tension (driven by evaporation) can fail when the water column breaks and is blocked by an air bubble called an embolism. Looking across the course of plant evolution, there has been a trend towards increased branching and complexity of the xylem network, but until now it hasn’t been clear what has driven this increasing complexity. Here, by examining the structure of the xylem networks in extant and extinct plants and modeling how embolisms would spread within them, Bouda et al. demonstrate that increasing complexity lowers sensitivity to hydraulic failure and increases drought tolerance. The authors conclude, “Innovations to vascular organization, in tandem with anatomical adaptations, likely played an important role in the Devonian radiation and the subsequent expansion of terrestrial ecosystems, facilitating the colonization of drier habitats and the development of taller and increasingly branched growth forms.” (Summary by Mary Williams @PlantTeaching) Science 10.1126/science.add2910

To stripe or not to stripe: The origin of a novel foliar pigmentation pattern in monkeyflowers 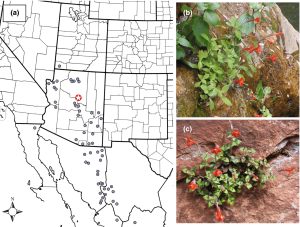 In biology nothing makes sense but in the light of evolution. However, understanding how new traits can appear through modification of pre-existing elements has been a complex question in evolutionary biology. LaFountain et al. studied a population of a species of monkeyflower (Mimulus verbenaceus) which displayed a novel trait: a coloured leaf stripe. They found that this trait was controlled by a MYB transcription factor that they named STRIPY. This gene induces expression of enzymes in the anthocyanin synthesis pathway in the specific area of the stripe, leading to the observed phenotype. They cloned STRIPY from both striped and non-striped populations and showed that both alleles can drive anthocyanin production when expressed in Nicotiana benthamiana. In this way, they showed that both alleles are functional and the difference is due to a change in the expression pattern of STRIPY in the striped individuals. By generating mutants with altered stripe patterns, the authors demonstrated that other elements control the specific expression pattern of STRIPY in the leaf. They concluded that a network of genes determining the stripe pattern pre-existed and a change in the regulation of STRIPY caused it to be controlled by said network, leading to the observed phenotype. These findings support a model where evolution of new traits is possible through rewiring of pre-existing gene regulatory networks. (Summary by Ángel Vergara Cruces @ngelVerCru) New Phytol. 10.1111/nph.18486 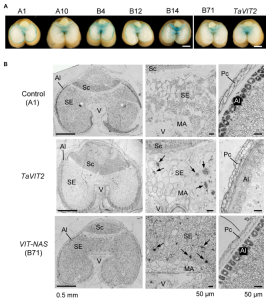 Human malnutrition results from the lack of essential mineral micronutrients.  In particular, iron deficiency might cause anaemia and stunted development in children, while zinc deficiency might reduce immunity to infectious diseases. In bread wheat, iron and zinc are located in the embryo and aleurone. These parts of the seed are removed during the industrial-scale roller milling of white flowers, leading to a loss of 65-75% of both iron and zinc. Efforts were made in wheat lines for zinc and iron biofortification thanks to the overexpression of rice NICOTIANAMINE SYNTHASE 2 (OsNAS2) gene cassette and the wheat VACUOLAR IRON TRANSPORTER 2 gene (TaVIT2-D). In this work, Harrington et al., show the results of combining the endosperm expression of TaVIT2-D together with the constitutive expression of OsNAS2 in different wheat cultivars (VIT-NAS transgenic plants). The authors proved that the combined expression of the two genes not only improved total zinc availability and iron distribution, but also did not hinder plant growth. This work demonstrates that the combined effects of two genes might improve nutritional quality beyond what is possible by conventional breeding. (Summary by Eva Maria Gomez Alvarez, @eva_ga96). Plant Physiol. 10.1093/plphys/kiac499

The egg cell is preferentially fertilized in Arabidopsis double fertilization 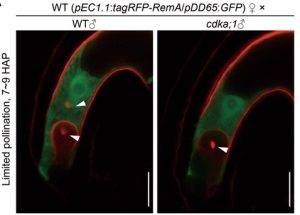 Double fertilization, in which one sperm cell fertilizes the egg cell to form the embryo, and another sperm cell fertilizes the diploid central cell to produce the triploid endosperm, is a hallmark of angiosperms. Li et al. addressed a long-standing question: if only one sperm cell were present, would it have an equal probablity of fertilizeing the egg or central cell, or would one of the two female cells be fertilized preferentially? To address this, the authors first had to work out how to generate pollen with only a single sperm cell, which they did with some clever genetic tricks (complementation-based fluorescence-labeling method to obtain cdka;1 pollen, followed by selection for a single sperm-like cell). Pollination with these modified pollen grains led almost exclusively (99.5%) to the formation of ovules with fertilized egg cells but almost no (0.5%) evidence of sperm nuclei within the central cell. When pollen was provided at a large excess relative to the number of ovules, central cells were fertilized, indicating that although these sperm cells can fertilize the central cell, they prioritize the embryo cell. How this preferential fertilization occurs remains to be seen. (Summary by Mary Williams @PlantTeaching) J. Integr. Plant Biol. 10.1111/jipb.13370 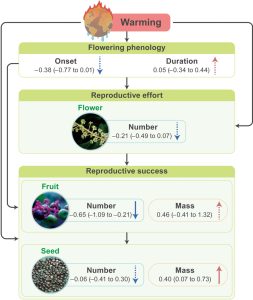 There is a growing number of studies showing the effects of rising temperatures on different aspects of plant life cycles and ecological dynamics. However, little is known about how a warmer world would affect plants’ reproductive performance; in other words, how many resources they invest in reproduction and how many of these are translated into new offspring. In this outstanding study, Zi and colleagues compile 61 experiments about the effect of warming on flower, fruit and seed production and fruit and seed mass on a global scale. From these variables, only fruit number and seed mass were shown to be significantly affected by warming, with warmer temperatures leading to fewer fruits and larger seeds. These effects were complex since they interacted with other climatic factors, such as precipitation and latitude, yet were found to be unrelated to the species’ evolutionary history. As a result, this research provides an exciting framework for future studies about the effect of climate change on plant reproduction, making it an obligate reading for those interested in the topic (Summary by Carlos A. Ordóñez-Parra @caordonezparra) Glob. Chang. Biol. 10.1111/gcb.16498 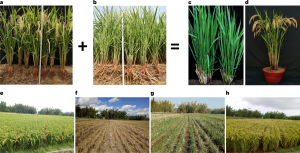 Modern rice is descended from a perennial grass, which through millennia of selection evolved into an annual “one-sow, one-harvest” crop. However, it has become apparent that perennial grains have the potential to decrease soil erosion and competition, as well as lower the labor required to produce food. Efforts to re-perennialize several crop species are ongoing, through both de novo domestication and interspecific hybridization strategies. Perennial rice (PR) has been developed from crosses between domesticated Asian rice Oryza sativa and an undomesticated perennial African rice Oryza longistaminata. Here, Zhang et al. report on the outcomes from several years of large-scale PR cultivation; in 2021, more than 15,000 hectares, including 44,752 smallholder farms were planted with PR. The authors report that a single planting can provide eight harvests over four years, with yields comparable to that of Asian rice and reductions in labor and soil erosion. Potential limitations, including the need for additional herbicide treatments, are also discussed. (Summary by Mary Williams @PlantTeaching) Nature Sustain. 10.1038/s41893-022-00997-3 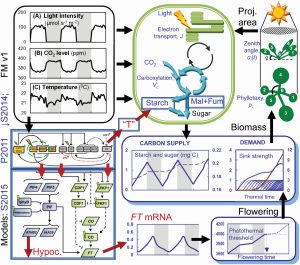 Experimental or “wet lab” biologists look at data, develop a hypothesis to explain it, test the hypothesis, and repeat. Through these approaches, our understanding of life is continually being expanded and refined. A complementary approach involves developing mathematical models to explain observations, and then testing those models by tweaking them and comparing the outputs to real-life experiments. In a new article, Chew et al. describe the results from a large-scale, multi-component computational model (“Framework Model 2”) that integrates models of photosynthesis and carbon supply, starch metabolism, growth, and the biological clock. The authors used “diverse metabolic and physiological data to combine and extend mathematical models of rhythmic gene expression, photoperiod-dependent flowering, elongation growth and starch metabolism”. Their model accurately predicted the phenotypic effects of several mutants affecting the circadian clock, demonstrating its usefulness in linking genotype to phenotype, and validating this approach to understand complex traits. (Summary by Mary Williams @PlantTeaching) in silico Plants 10.1093/insilicoplants/diac010 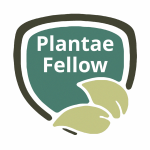 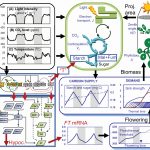