The plant leaf apoplast is composed of all extracellular compartments beyond the plasmalemma and is filled with gas, water and cell wall elements (Sattelmacher, 2000). The apoplast is involved in many physiological processes including transpiration and photosynthesis, water and nutrient transport, intercellular signalling, plant-microbe interactions and cell wall assembly (Gentzel et al., 2019 and references therein).

Despite its importance, the apoplast is not often studied, due to the difficulty of isolating and investigating its contents without disrupting the surrounding tissue. Several methods have been used to study and isolate the leaf apoplast (Witzel et al., 2011; O’Leary et al., 2014; Grefen et al., 2015; Xia et al., 2019); however, these aim-specific techniques differed significantly between species, preventing a comprehensive assessment of apoplast hydration and contents. In this issue, Gentzel et al. (2019) successfully combined insights from several current apoplast extraction methods and optimized an infiltration-centrifugation procedure for maize (Zea mays) seedling leaves. The authors confirmed the extraction efficiency and leaf cellular integrity after the procedure via three methods. By measuring ion conductivity, they identified a 20% methanol wash solution as optimal for extraction because it did not cause any significant loss of cellular integrity and allowed the recovery and analysis of metabolites such as amino acids, sugars, organic acids, phosphorylated compounds, and phenolics from within the apoplast. Different centrifugation conditions were also tested to identify those that provided maximal yield of apoplast contents without damaging the leaf cell integrity. Finally, the authors checked for leaf cellular integrity by propidium iodide staining, which clearly showed the absence of disrupted cells and demonstrated the effectiveness of the established protocol for isolating apoplastic contents.

Gentzel and co-workers also present a simplified, rapid method to estimate apoplast hydration. They applied their newly optimised method to assess pathogen colonisation via apoplast hydration determination. Plants infected by Pantoea stewartii – causal agent of Stewart’s wilt disease in maize – showed greater apoplast hydration, compare to untreated plants, even in early and presymptomatic stages of the infection. The apoplast extraction method could be also used to isolate the bacteria from the infected leaves, which the authors suggest could be particularly useful for bacterial gene expression studies.

In conclusion, Gentzel et al. (2019) provide a detailed description of their optimised method and suggest ways to adapt it to different plant species. This method should provide new insights into the responses of the leaf apoplast to diverse stresses and conditions.

Sattelmacher B (2000) The apoplast and its significance for plant mineral nutrition. New Phytologist 149: 167-192 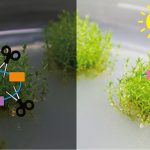 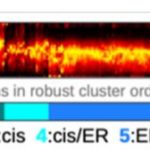 To Golgi and Beyond!
Scroll to top