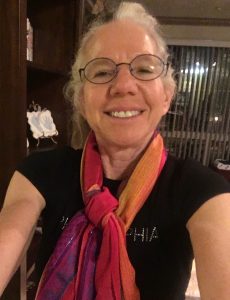 What does your lab work on?

My lab is interested in the regulation of leaf senescence (LS). As leaves sequentially age, they enter a regulated dismantling process that exports nutrients to growing and storage organs.

Tell us about the key findings from your recent article in Plant Direct.

We wanted to find genetic evidence that histone modifications play a role in regulating LS. We had noticed that two hac1 alleles had darker green leaves than WT after about 6-7 weeks of growth. We performed RNA-seq and ChIP-seq on these two alleles and compared them to WT to identify genes that had reduced mRNA levels and reduced H3K9ac marks. A mutant allele in one of the target genes, erf022, showed a delayed senescence phenotype suggesting that this positive regulator of LS may be regulated by H3K9ac marks added by HAC1. In addition, genetic data implicated MED25 in the regulation of ERF022.

How did you get the idea to do this study?

The transition to LS is a big change for an organ, and a big change was likely to require epigenetic modifications. We had been looking for changes in cytosine methylation, and hadn’t had much luck. We also had some previous published data suggesting histone acetylation did correlate to LS.

What do you plan to do next, based on these current findings?

Why did you choose to publish in Plant Direct?

Being at a PUI, we work slowly and collecting all the RNA-seq, ChiP-seq and genetic data had already taken over three years. I knew we had more to do to if we wanted to be absolutely sure HAC1 interacted with MED25 at the ERF022 promoter, but those experiments could take another 2-3 years at a PUI. I thought we had a strong initial story that should be published, and I wanted my undergraduate student authors to get credit for their contributions. Plant Direct was great to work with. The reviews came in quickly and were stringent, but fair, and they definitely strengthened the final published paper. Also, the publication fee was really reasonable! 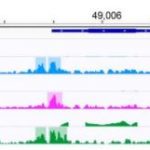 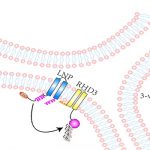 Too Active in ER Fusion? Here Comes LUNAPARK to the Rescue
Scroll to top