Qin et al. show that the ARP2/3 complex and formins act cooperatively to orchestrate the actin patch formation and regulate the penetration resistance against fungal invasion. The Plant Cell (2021). https://doi.org/10.1093/plcell/koab170

By Li Qin and Yangdou Wei. Department of Biology, University of Saskatchewan, Canada

Background: Plants have evolved multiple layers of defenses to fight against diverse potential pathogens. To block the entry of filamentous fungi and oomycetes, plant cells deposit various cell wall-like materials into the papillae beneath pathogen penetration sites; the formation of papillae appears to be an early and essential factor in plant penetration resistance. In plant cells, the actin cytoskeleton is essential for intracellular trafficking and secretion. Recent studies revealed that the actin cytoskeleton modulates the transport of organelles and molecules towards plant–pathogen interaction sites, which is thought to contribute to the prevention of fungal penetration into host cells.

Question: Although the actin cytoskeleton plays an indispensable role in plant defense, little is known about how host cells fine-tune the assembly and reorganization of actin filaments to coordinate cellular defense activities.

Findings: In this study, we performed live-cell imaging to monitor the remodeling of the actin cytoskeleton in host cells over the infection time course upon powdery mildew attack. Confocal microscopy shows that fungal invasion triggers the formation of actin patch-like structures surrounding the penetration site, as one of the earliest cellular responses in Arabidopsis after powdery mildew invasion. Actin patch assembly is mediated by the W/SRC–ARP2/3 pathway and the AtFH1 Class I formins. Synchronously mutating ARP3 and AtFH1 abolished the formation of actin patches, impaired the deposition of cell wall-like materials in papillae, and promoted powdery mildew infection. Together, our findings reveal that the ARP2/3 complex and formins, two actin-nucleating systems, work synergistically to regulate penetration resistance.

Next steps: The apoplastic papillae deposited at the attempted fungal penetration sites consist of a diverse range of molecules such as callose, lignin-like phenolic compounds, resistance-related proteins, and reactive oxygen species. Biosynthesis of those papilla components or their precursors takes place in a variety of cellular compartments. Our goal is to understand how the actin cytoskeleton network directs the transport and focal deposition of those components from the cell interior to the apoplastic papillae. 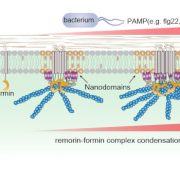 It's time to defend: Membrane nanodomains assist in actin remodeling 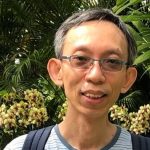 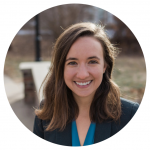