By Zhiming Ma and Yansong Miao

Question: We wanted to identify the essential biomolecules that drive the condensation of formin proteins and activation of actin polymerization on the cell surface upon bacterial infection. Because plant class I formins on the cell surface are different from their mammalian homologs that are activated by GTPase, we explored other biophysical cues on the plant plasma membrane that modulate formin behavior and its activities in actin remodeling.

Findings: We found that bacterial infection triggers the clustering (condensation) of plant class I formins, which is dependent on plasma membrane compartmentalization––the formation of nanodomains. The molecular clustering of remorin proteins, the nanodomain assembly factor, on the plant cell surface was enhanced gradually at the early stages of bacterial infection. We were surprised to see similar spatiotemporal regulation in molecular clustering of the actin nucleator formin and the nanodomain resident protein remorin on the cell surface. Via different quantitative characterizations, we eventually deciphered the interaction model of formin and remorin on the membrane through artificial-lipid-bilayer-assisted in vitro reconstitution and in vivo advanced cell biology imaging. We further reconstituted the activation of actin remodeling upon the macromolecular condensation of remorin that recruits, clusters, and thereby activates formin proteins for actin polymerization.

Next steps: We are working towards a holistic view of fundamental principles by which surface nanodomains are assembled to activate or inactivate defense-relevant biomolecules and thereby their respective biochemical activities during host–pathogen interactions. 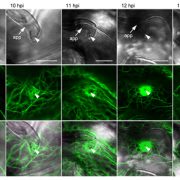 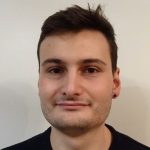 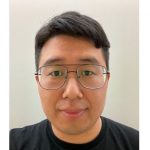