At the crux of understanding plant biology lies the intricate hormone circuitry coordinating morphological and physiological changes as plants grow and adapt to their environment. As a curious middle school student in Locust, New Jersey, Professor Joseph Kieber, then a proud keeper of a personal vegetable garden, was first intrigued by the question: How are squash fruits so different in shape? Now a professor of biology at the University of North Carolina at Chapel Hill, Dr. Kieber has spent his distinguished career, spanning almost 30 years, uncovering critical components of hormone networks controlling more than just fruit morphology. His work has furthered our knowledge of hormone signaling pathways, specifically cytokinin and ethylene in the model dicot Arabidopsis, and led to his election as a fellow of the American Association for the Advancement of Sciences.

One of nine children born in a big catholic family, Kieber grew up close to a salt water estuary south of New York City. He recalls his childhood as being spent mostly outdoors and admits that it was a fun way to grow up, “for the children at least,” he adds. His interest in plants developed early, brought about by his love for gardening as he performed crosses on squash plants “just to see what would happen.” His biggest influence, however, was his father, a World War II veteran with a PhD in Bacteriology who later taught Physics and Biology at Kieber’s high school. He encouraged his children to follow their interests and to “do what you love and don’t pick a career based on monetary considerations.” Many of Kieber’s immediate family and several of their children chose to follow careers in academia. Inspired to learn, Kieber applied to two universities for his undergraduate studies: the State University of New Jersey, Rutgers, which all his brothers attended, and Cornell University. Ultimately drawn by his fascination with plants, Kieber chose to attend Cornell University in New York to pursue a degree in plant breeding. This sealed his interests in plant science and served as a stepping stone to a life spent studying plant biology.

INTERACTIONS THAT SHAPED A CAREER

The people we meet, the mentors we have, and the experiences that thus transpire all influence our choices. Indeed, Kieber ascribes a lot of his career decisions to fortuitous meetings with inspiring individuals, some of whom eventually became his scientific mentors. When he went back to Cornell to attend a charity Hockey game in 2015, Kieber was thrilled to recognize the goaltender as his undergraduate genetics teacher, Professor Tom Fox. “Attending his lectures on Introductory Genetics in my sophomore year completely changed what I wanted to do!” says Kieber when asked why he later pursued fundamental plant genetics rather than breeding at Cornell. His first tryst with laboratory research, however, began at the Boyce Thompson Institute studying cyanobacteria under the guidance of Dr. Aladar Szalay. Although fascinated by the organism, Kieber went on to pursue his doctoral studies with Dr. Ethan Signer at Massachusetts Institute of Technology. There he developed his skills in molecular biology and biochemistry by cloning and purifying DNA Topoisomerase I from Arabidopsis and broccoli, respectively (Kieber et al., 1992a, 1992b). During this time, a chance seminar at Harvard by Professor Chris Somerville introduced him to the new and upcoming tools being developed for the model plant Arabidopsis. Kieber was amazed by the rapid genetics that could be performed with the thale cress to answer basic questions in biology. Shortly after, while attending one of the early International Congress on Arabidopsis Research conferences, Kieber heard a talk by Professor Joseph Ecker who was to become his postdoctoral mentor. Two things struck him about this talk on ethylene signaling. First, that even a gaseous, simple alkene like ethylene could act as a hormone and, second, that cells could signal and communicate with each other through it! Within a week Kieber had applied to the National Science Foundation (NSF) Postdoctoral Fellowship in Plant Biology to investigate signaling components involved in the ethylene response pathway. Kieber praises this NSF fellowship program that he believes provided opportunities to many of his colleagues who went on to make great scientific discoveries in plant biology but who might otherwise have chosen a different career.

ETHYLENE AND THE BEGINNING OF AN INTEREST IN PHYTOHORMONES

As an NSF postdoc, Kieber is credited with identifying one of the first kinases in plants with a definitive role in a signaling pathway. At the University of Pennsylvania, Kieber performed a forward genetic screen for mutant seedlings in Arabidopsis that constitutively displayed the ethylene “triple response” characterized by inhibition of root growth, swollen hypocotyl, and an exaggerated apical hook. The screen was elegant and the readout simple; even in the absence of ethylene, some mutant lines constitutively displayed the triple response. Kieber’s work, published in the journal Cell, describes the identification and cloning of CONSTITUTIVE TRIPLE RESPONSE1 (CTR1) a negative regulator of the ethylene response pathway (Kieber et al., 1993). But what does CTR1 encode and exactly how does it transmit the signal to its downstream components? A clue came close to midnight one evening. While performing a BLAST search, Kieber found that the locus to which CTR1 mapped had a gene encoding a protein with high homology to members of the Raf-1 kinase family, suggesting that it was a protein kinase.

Immediately after his postdoc, Kieber accepted a position as an assistant professor at the University of Illinois at Chicago where he continued studying hormone signaling including that of ethylene. While he was there, his group showed that the N-terminal region of CTR1 is required for interaction with the ethylene receptor ETR1 while the C-terminal possesses serine threonine kinase activity just like the Raf-1 protein kinases. In fact, purified CTR1 could phosphorylate both the artificial substrate myelin based protein (MBP) and the Arabidopsis MAP kinase kinase MEK1. However, the efficiency of phosphorylation of AtMEK1 was only 5% of MBP, suggesting that a yet unidentified protein acted as the physiological substrate for CTR1 (Huang et al., 2003). Almost a decade later, Dr. Caren Chang a professor at the University of Maryland, identified key phosphorylation sites on the central regulator of ethylene signaling, the NRAMP protein ETHYLENE INSENSITIVE2 (EIN2). She hypothesized that EIN2 was phosphorylated either directly or indirectly through a MAPK signaling pathway. Could CTR1 be the kinase that phosphorylated EIN2? To answer this, they required the notoriously difficult to purify protein CTR1. As luck would have it, Kieber still had a tube of CTR1 proteins that had been purified 14 years earlier. Amazingly, five different lab moves and two inopportune freezer breakdowns later, this tube of CTR1 still retained functional kinase activity! Together, their groups showed that, indeed, CTR1 directly phosphorylates the C-terminal cytosolic domain of EIN2 closing the gap to how CTR1 participated in signal relay downstream of ethylene (Ju et al., 2012).

Screen for Arabidopsis mutants that constitutively display the triple response. Seedlings were grown for 3 d in the dark in air. A single ctr1 mutant seedling is evident among the taller, wild-type seedlings. (Courtesy of J.J. Kieber.)

CYTOKININ AND THE ESTABLISHMENT OF A RESEARCH PROGRAM

Wanting to challenge himself further, Kieber gradually turned towards another classic hormone, cytokinin, for which the underlying molecular signals were relatively unstudied even though the physiological responses were very well known. Moreover, to Kieber, cytokinin was exciting to work with because unlike ethylene, it plays a key role in many plant developmental pathways. Kieber recalls his first graduate student, John Vogel, with whom he initiated a screen for Arabidopsis mutants that were altered in ethylene-cytokinin crosstalk. They searched for mutants that failed to show an ethylene triple response upon treatment with low concentrations of the cytokinin benzyladenine due to their inability to increase ethylene biosynthesis (Vogel et al., 1998b). Together they identified ACC SYNTHASE5 (ACS5) as the causative ACS isoform almost exclusively responsible for cytokinin-induced ethylene biosynthesis (Vogel et al., 1998a).

Kieber reveals that a lot of his early research was performed by outstanding graduate students. Another student-driven project in particular led to the identification of two primary cytokinin response genes that did not require de novo protein synthesis for their induction in response to cytokinin. These genes, first named INDUCED BY CYTOKININ6 (IBC6) and IBC7, showed high homology to bacterial two component response regulators. Kieber and his student, Ingrid Brandstatter, suggested that these proteins were involved in early cytokinin signal transduction (Brandstatter and Kieber, 1998); Kieber spent the next two decades investigating and proving this hypothesis correct. IBC6, now known as ARABIDOPSIS RESPONSE REGULATOR5, belongs to the 10-membered type-A response regulator family, most of which negatively control cytokinin action. Kieber considers his work elucidating molecular components of the cytokinin signaling network to be his most important contribution to plant science to date. His group played a key role in the identification and characterization of many of the key cytokinin signaling components such as the type-A response regulators and the histidine phosphotransfer proteins.

By the fall of 1999, Kieber had moved to the Biology Department at the University of North Carolina at Chapel Hill, where he remains to this date. Positive interactions with students helped develop Kieber’s current appreciation for teaching; he believes that research and teaching can form a “two-way street” if done correctly. Keeping up to date with current research makes for more exciting teaching content; conversely, teaching also forces one to read up on subjects that are out of one’s comfort zone. Kieber tries to keep abreast of literature on signal transduction in mammalian systems because he chooses to teach his students concepts that span the breadth of biology.

THE SHORT- AND LONG-TERM FUTURE

So what’s next? Kieber envisions developing a “computable plant” as an outcome of a thorough understanding of signaling pathways, allowing researchers to make predictions about how signaling components might interact within a cell. This might ultimately help answer how the same hormone signal can have different outcomes in different tissue or cell types. For example, how does cytokinin enhance cell proliferations in the shoot meristem but repress it in roots thereby inhibiting root growth? Understanding these controls has many real world applications, Kieber points out. Cytokinin has been shown to affect yield, drought resistance, nutrient uptake, and biotic and abiotic interactions underlining its importance to agriculture. However, genetic manipulation of a signaling pathway often leads to negative pleiotropic effects affecting other potentially desirable traits. A computable plant would allow one to analyze all possible outcomes in silico and only then attempt to manipulate specific branches of a hormone signaling pathway without affecting the others.

Towards this goal, Kieber’s immediate aims include further elucidation of cell type-specific effects of cytokinin gene expression and chromatin modifications in Arabidopsis. He postulates that the reason the same cytokinin signal can perform a multitude of actions is because the cellular context in which the signal is perceived is different. Another priority for Kieber is to translate his research from Arabidopsis to model crops such as rice. He believes that although core signaling pathways may be conserved across dicots and monocots, there exist subtle differences that require further investigation. Finally, Kieber muses that the understanding of signal transduction pathways in plants still lags behind those known in animal systems. Kieber and his group are currently uncovering novel signaling components in cell wall synthesis that use the ethylene precursor 1-aminocyclopropane-1-carboxylic acid and not ethylene itself as a signal.

Brandstatter, I., Kieber, J.J. (1998). Two genes with similarity to bacterial response regulators are rapidly and specifically induced by cytokinin in Arabidopsis. Plant Cell 10: 1009–1019.

Communicating Science in the Age of Fake News: Broadening Your Impact 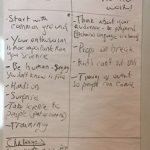