Auxin is one of the most studied plant hormones, and it comes in various forms. Whereas indole 3-acetic acid (IAA) is the most biologically active among the endogenous auxins, phenylacetic acid (PAA) is the more abundant auxin form across plant species and organs (Sugawara et al., 2015). IAA and PAA affect the expression of the same set of auxin-responsive genes (Sugawara et al., 2015), but PAA is not transported through the PIN proteins, which are responsible for IAA relocation. Interestingly, PAA does influence the rate of IAA transport (Johnson and Morris, 1987; Simon and Petrášek, 2011), possibly by affecting PIN trafficking in a more direct way. Due to the low mobility of PAA, local control of PAA metabolism might be the sole regulatory mechanism determining PAA levels (Cook, 2019). While we know that PAA is the only phenyl derivative of endogenous auxins, the metabolic pathway for making and breaking PAA remains elusive (Cook et al., 2016).

In this issue of Plant Physiology Oochi et al. (2019) report on a screen of PAA derivates that affect PIN localization without inducing the transcriptional responses through the SCFTIR/AFB complex. They identified 4-ethoxyphenylacetic acid, dubbed by Oochi et al. (2019) as pinstatic acid (PISA), which enhanced hypocotyl elongation without activating the IAA-responsive DR5::GUS reporter. PISA treatment enhances auxin flow by blocking PIN endocytosis and reorientation. When the gravity vector is changed by turning a root sideways, PISA blocks IAA redistribution, which in turn prevents the root bending towards the gravity axis. While PISA treatment led to reduced polar PIN localization, the consequences in terms of severe defects in plant development were visible only at high concentrations.

Interestingly, this loss of polar PIN localization was enough to rescue the effect of PIN misalignment in the PINOID (PID) overexpression lines. PID encodes a protein kinase that is responsible for regulating PIN1 localization. In plants carrying the 35S::PID construct, PIN1 transporters are mislocalized on the shootward side of the plasma membrane, leading to auxin depletion in the root meristem and meristem collapse. PISA treatment rescued the collapsed root meristem of the 35S::PID lines, restoring the auxin maximum by inducing the apolar PIN1 pattern and restoring auxin accumulation in the meristem.

Oochi et al. (2019) present an exciting new tool, PISA, that will allow discrimination between the physiological processes dependent on auxin transport and those dependent on transcriptional activation. Although the PISA’s modus operandi remains to be decoded in future studies, it will be exciting to examine its effect in other plant developmental processes relying on a change in auxin transport rate in response to developmental signals or the changing environment.

The Pattern of Alternative Polyadenylation 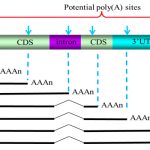 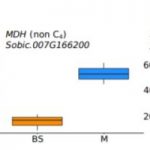